The Östra Stenby Kyrka originates in its oldest parts already from the 12th century and is situated in the small village Östra Stenby in the northern half of the peninsula Vikbolandet in the east of the municipality Norrköpings Kommun.

When Östra Stenby Kyrka was built in the 12th century, like most Romanesque churches of its time, it initially consisted only of a rectangular nave with small windows and a slightly lowered choir. From this period only a part of the outer wall on the north side of the church has survived to this day.

The architectural development history of the Östra Stenby Kyrka

Already in the 13th century the Östra Stenby Kyrka was extended by the two cross arms on the north and south side, whereby the southern wing was at first shorter than the northern wing, which has remained in its original form until today. In the Middle Ages, the addition of cross arms served to extend liturgical functions, as the cross arms were used to place side altars. Nevertheless, the proportion of cross churches from the Middle Ages in Sweden is rather small.

The next structural extension of the church took place around 1440, whereby the nave was widened in southern direction. As in many other churches of that time, the straight wooden ceiling was replaced by a vaulted ceiling, and the nave of Östra Stenby Kyrka was made two-naved by the supporting columns.

In the 17th century, Baron Gustav Kurck, the largest landowner in the parish, financed the next major reconstruction of the church. The medieval choir was removed, the nave was extended to the east and the three-sided end wall was added, as it has been preserved to this day. On this occasion Gustav Kurck had a tomb vault built for his family under the new chancel.

The vaults moved in in the 15th century were removed during this reconstruction and replaced by five new vaults spanning the entire width of the church. Since then, the nave has had a single nave again. The window openings have been restored to their present size and the inventory renewed, including the present pulpit, which bears the coat of arms of the Kurck family.

In the middle of the 19th century Östra Stenby Kyrka was quite run down. It was extensively renovated between 1858 and 1860 and rebuilt once again, giving it its present symmetrical appearance. The old bell tower dating from 1751 was demolished and replaced by the current tower in the middle of the western gable wall. The extension of the southern cross arm to the same length as the northern cross arm completed the symmetry of the building.

The oldest inventory of the church consists of the altarpiece, created in 1633 and donated to the church in 1726 - followed by the pulpit decorated with rich carvings and the coats of arms of the donators Gustav Kurck and his wife Elsa Ebba Banér as well as the baptismal font made of cast brass in 1700. 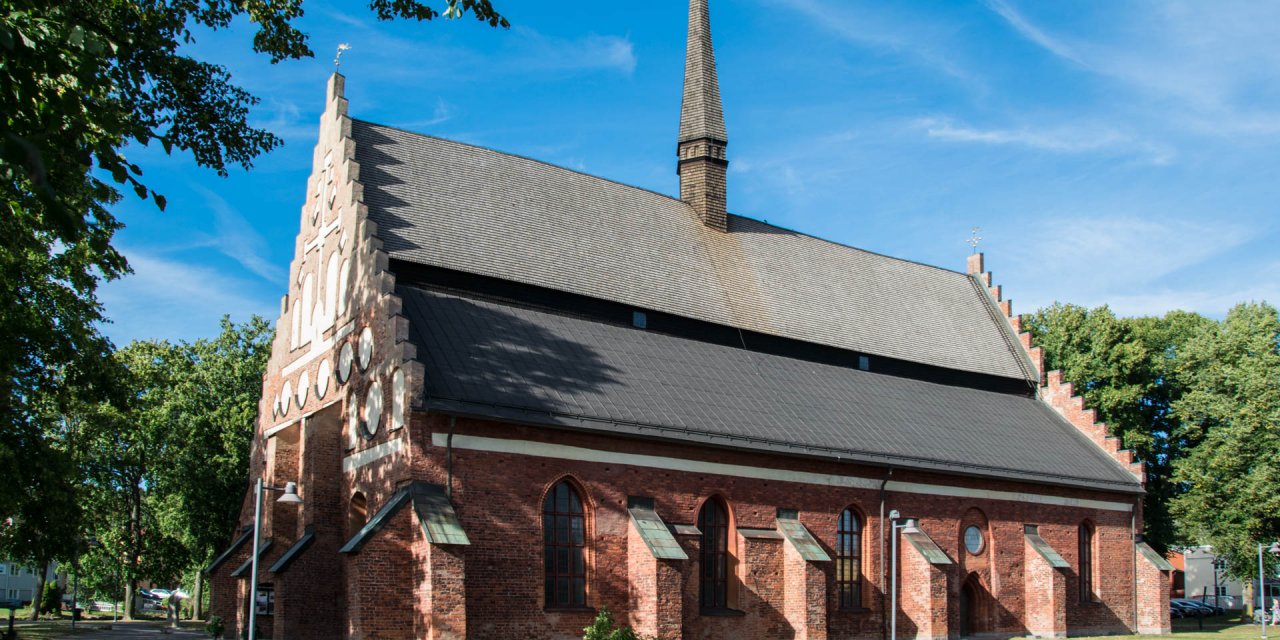 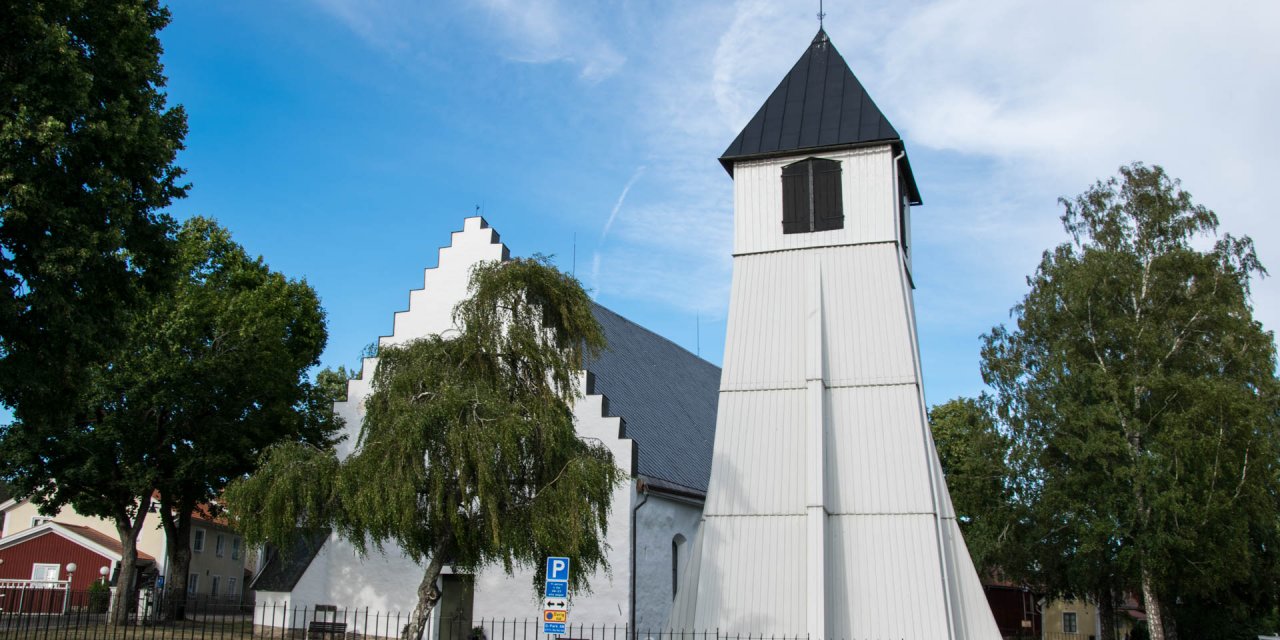 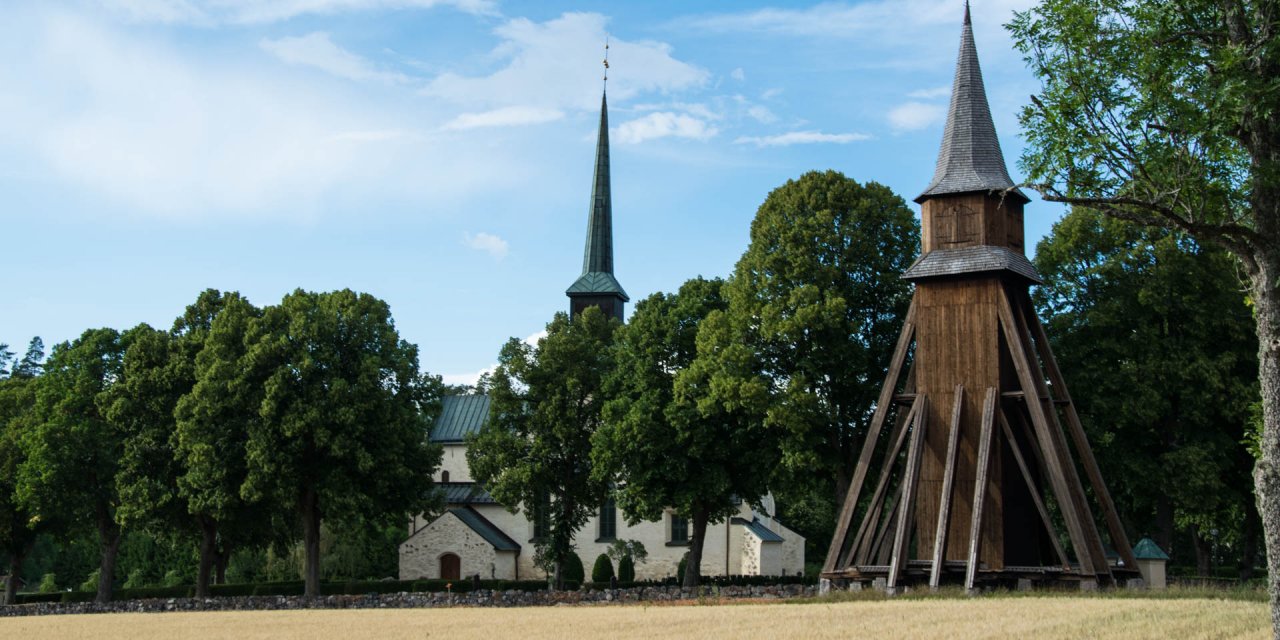