Drothems Kyrka dates back to the late 13th century and stands a little outside the historic town centre of the medieval small town Söderköping, the central town of the Söderköpings municipality on the coast of the county of Östergötland.

When the Drothems Kyrka was built, it stood clearly outside the city walls of Söderköping and, although it was quite large at that time, it was a simple parish church for the rural population of the surrounding area. In contrast to the city churches of the time, whose brickwork consisted mostly of bricks, the Drothems Kyrka was therefore also built in the old and simpler construction technique from field stones.

The name "Drothem" is derived from the old Swedish word "Drotin", which means "Lord" or "God". In the Middle Ages the church was called Sankt Drotten as well as Sankt Trinitas (Trinity Church). The cloverleaf-shaped blind windows at the gable sides as symbol for the Trinity are to be understood therefore also as intended allusion to the second name.

The building history of Drothems Kyrka

Drothems Kyrka still consists of a nave with a straight end and stair gables as well as a sacristy attached to the north side, as it did at the beginning. The sacristy is about 100 years older than the church building itself, as it was originally a chapel to which one added the present church.

From the beginning there were big problems with the structural stability, because the church stands on unstable loamy ground. The original foundation consisted of piles that were only driven into the ground to a shallow depth, which meant that the church "floated" on the loam layer.

After the Drothems Kyrka had been badly damaged during the great city fire in 1385, the entire interior of the church was rebuilt into a three-nave hall church in the course of the repair work - as it is still preserved today. However, it is no longer possible to clarify what the church originally looked like.

At the same time, the massive transverse wall with the triumphal arch between the church interior and the sanctuary was pulled in for stabilization. The foundation of the wall was made by large piles, which were driven very deeply into the meter-thick clay layer. At the same time, additional massive buttresses were attached to the outer corners of the nave.

The church preserves some very ancient treasures of church art. These include the ancient baptismal font from the 13th century, carved from limestone in a workshop on the island of Gotland. Furthermore a splendid winged altar, which was built towards the end of the 15th century in a workshop in Lübeck, a wooden statue of John the Baptist made in northern Germany at the same time and a crucifix of about the same age from a carving workshop in Östergötland.

The altarpiece of the former altar of the Virgin Mary dating from the 17th century and the pulpit from 1704 decorated with artistic and partly gilded carvings are among the more recent art objects. 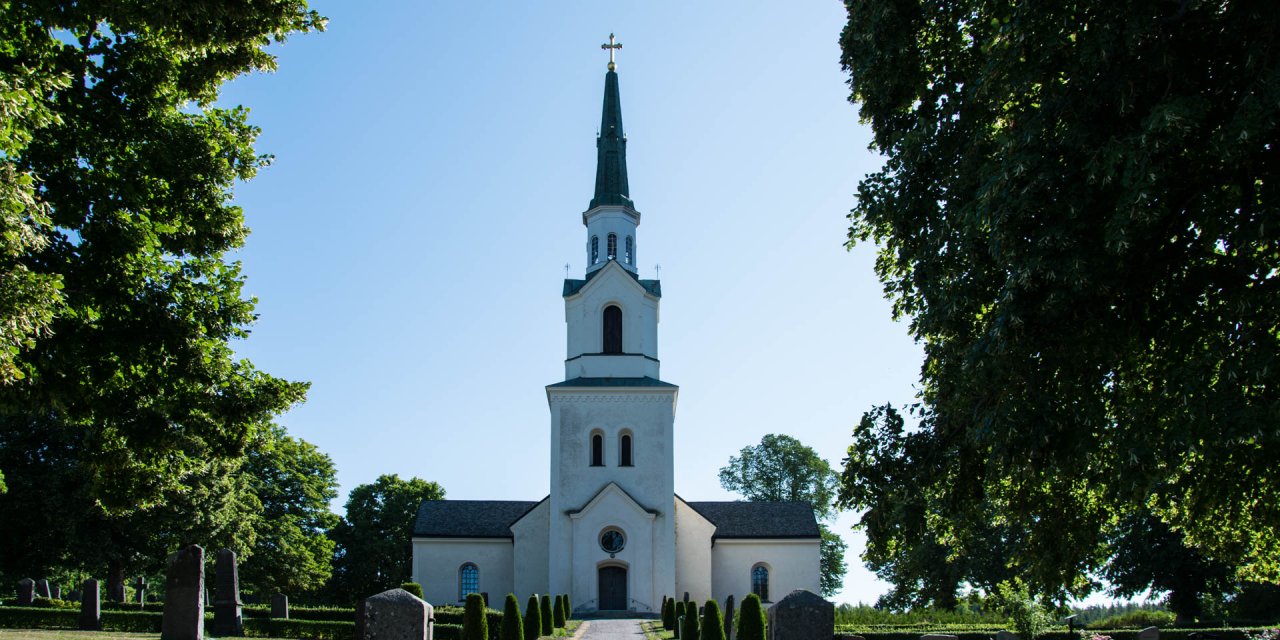