The former industrial village Röttle By south of "Candy cane town" Gränna, about 35 kilometers north of Jönköping, stands for a picturesque village idyll from long ago.

Röttle By also has a special charm due to its location by the waterfall of the Röttleån river in the middle of the dramatically beautiful nature below a steep mountain slope on the eastern side of Lake Vättern. The picturesque village on the edge of the Västanå nature reserve consists of a good two dozen red wooden houses from the 18th and 19th centuries and two historic water mills as the last remnants of centuries of use of the river as an energy source.

h3>The roots of Röttle By

The history of the village situated between the waterfall and the estuary of the Röttleån in the Vättern goes back to the Middle Ages and is closely related to the use of the water power of the torrential river. The first documentary mention of the village, then still called Rytlofors (from rytande forsen = thundering rapids) and its water mills, dates back to 1279.

Before the taming of the wild river at the beginning of the 20th century, the thunderous water must have indeed presented an impressive picture, because the Röttleån on its only twelve kilometre long way from Lake Bunn down into the Vättern has a total height difference of 108 metres - 74 metres of which alone over the last four kilometres.

Röttle By as an early industrial location

Were there from the Middle Ages first only grain mills operated, some of them owned by the then monastery Nydala, began the early industrial heyday of Röttle By in the 17th century under the rule of Count Per Brahe the Younger. The educated and versatilely interested count not only completed the magnificent family seat Visingsborg on the island Visingsö and have had built the luxurious manor house Brahehus, but also founded several industrial plants in Röttle By.

The first count's business was a paper mill which started producing laid paper for the count's printing works on Visingsö in 1646 and was in operation until 1879. In addition to several small workshops, this was followed by a weaving mill, weapon forges, powder mill, hammer mill and a drilling mill, which produced barrels for muskets. With the exception of the paper mill and the drill mill, which was later converted into a grain mill and still exists today as Rasmus Kvarn, the companies disappeared again with the death of the count.

At the end of the 19th century, Röttle By experienced its second economic heyday when water power was used to operate an iron foundry, an oil mill, a brewery and a bone mill, among other things. With the construction of the hydroelectric power station in Gränna around 1920, part of Röttleån was diverted and the operations in Röttle By were abandoned due to the now too small water quantities.

Historical Witnesses in Röttle By

To this day, numerous foundations and remains of walls bear witness to the large number of former mills in and along the river, whereby two of the historic water mills have survived to this day. The older of the two mills, the so-called Jerusalems kvarn, dates back to the Middle Ages and is one of the oldest secular buildings in Sweden. It is situated on the west side of the river, a little away from the village and impresses with its three floors connected to the adjacent rock face.

The second water mill, the so-called Rasmus kvarn, is located about 150 meters upstream and was converted from a drill mill into a grain mill with three water wheels and three millstones around 1700. It was comprehensively restored in 1977 and is put into operation between midsummer and mid-August as part of the daily visits. The flour produced from organically grown cereals is offered for sale on site.

If you follow the course of the river up to its mouth in the Vättern, you will come across the historic dock at Röttle By, which has also been restored in the meantime. The pier was initially used by the farmers around the Vättern and by the island of Visingsö to deliver their grain to the mills in Röttle and later, until the 1930s, by the steamboats that operated regularly on the Vättern. 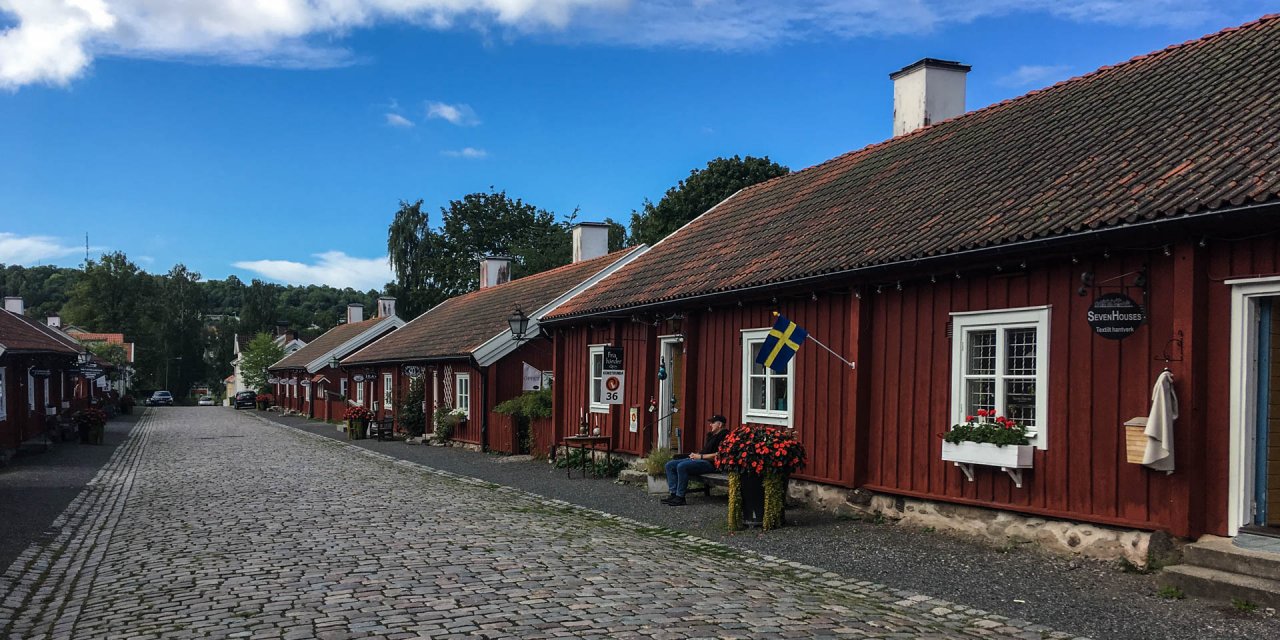 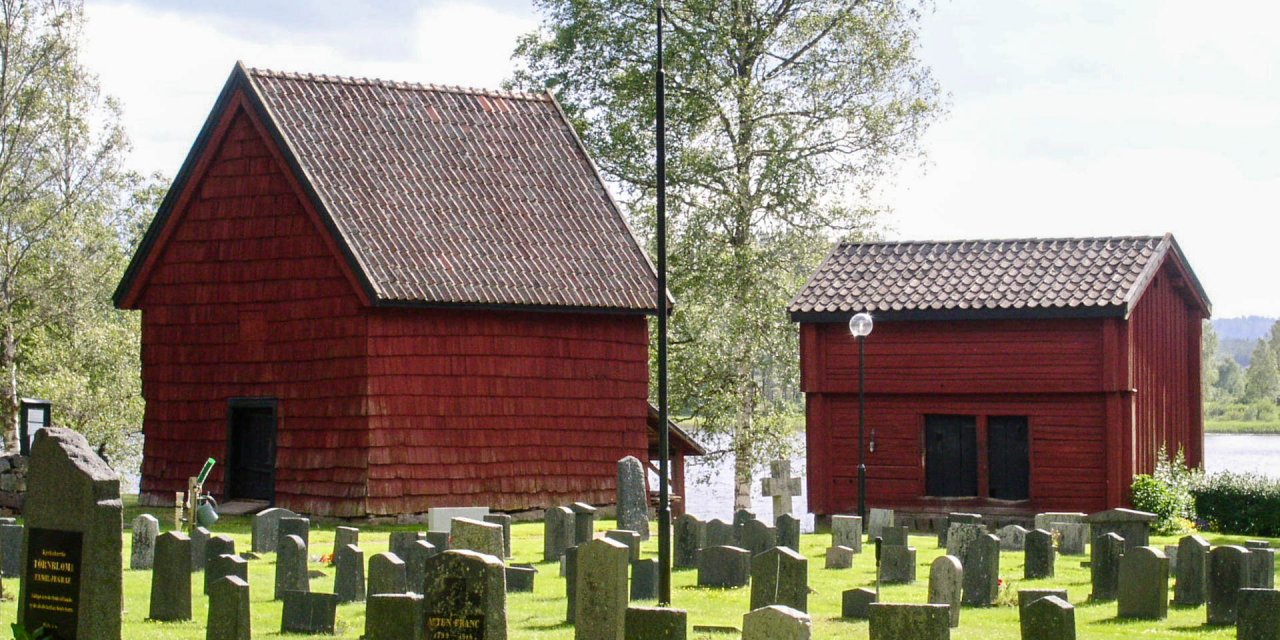 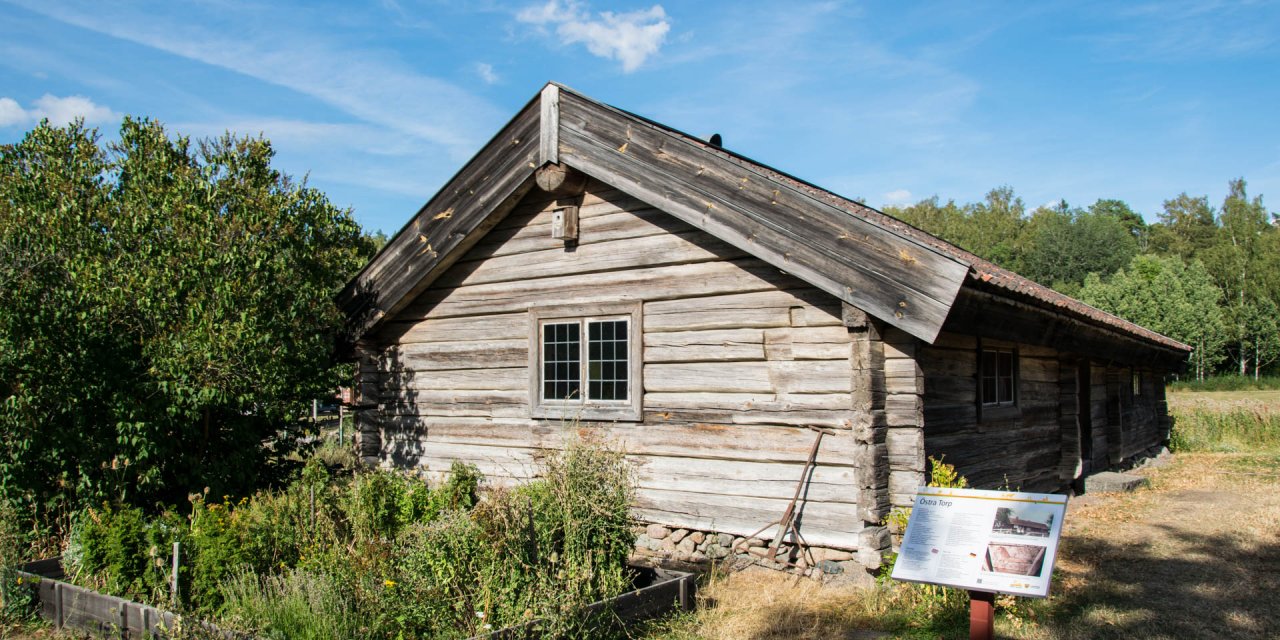