In the geographical centre of the municipality of Älmhult, near the church village of Stenbrohult on the Möckelsnäs peninsula in the lake Möckeln, you will find the nature reserve Taxås Naturreservat with the spectacular viewpoint Taxås Klint.

The 117 hectare Taxås Naturreservat covers the mainland on the west side of the peninsula, the other half stretches over the adjacent lake Möckeln. The mainland is predominantly forested, mainly by mixed deciduous forest with beech, hornbeam, oak, maple, lime and elm trees. Several of the large trees in Taxås Naturreservat are very old and in parts hollow. The tree caves serve as nesting holes for numerous bird species or as sleeping holes for the seven species of bats that live in the nature reserve. At the same time, the trees are home to several rare species of beetles, whose larvae grow in the weathered wood inside the tree hollows.

The nature reserve is also one of the most important areas for lichens to spread in southern Sweden. On about two dozen of the trees, the highly endangered tree lungwort (Lobaria pulmonaria), which only thrives in very old forests, grows there.

In the southern part of the nature reserve, the dense forest is repeatedly interrupted by open grasslands, which used to be grazing grounds or farmland. A whole range of rare wild flowers grow there in different locations, depending on whether in the shade of the forest edges or on the open sunny areas. Among them are spring vetchling (Lathyrus vernus), yellow star-of-Bethlehem (Gagea lutea), alternate-leaved golden-saxifrage (Chrysosplenium alternifolium), liverwort (Hepatica nobilis) and Corydalis intermedia.

Almost at the northern end of the nature reserve, near the shore, there is the cliff Taxås Klint, which is about 30 meters high. At the top of the cliff is a beautiful vantage point from where you have a magnificent and wide view over the 46 square kilometre large lake Möckeln with its numerous headlands, bays and islets. There is also a rest area up there with benches that invite you to have a picnic with a beautiful view.

On the side of the cliff a staircase leads down to the lake and on the way down you will find some former quarries where black granite was once mined. The cliff is also one of the places in the fairytale land (Sagobygden) in south-western Småland, where legends and folk tales are entwined. In a red wooden cabinet you can read that trolls used to live in the steep mountain and that the cliff is called Taxås Klint because a Danish commander named Taxe was once killed by his own followers there.

Starting from the parking lot at Taxås Gård with its manor house from the 1860s, two marked trails lead through the nature reserve. Both routes are two kilometres long, and one of them runs northwards through the densely wooded part of the nature reserve, and after about 500 metres also leads to Taxås Klint. The second trail runs southwards through an alternation of forest and former cultivated areas. 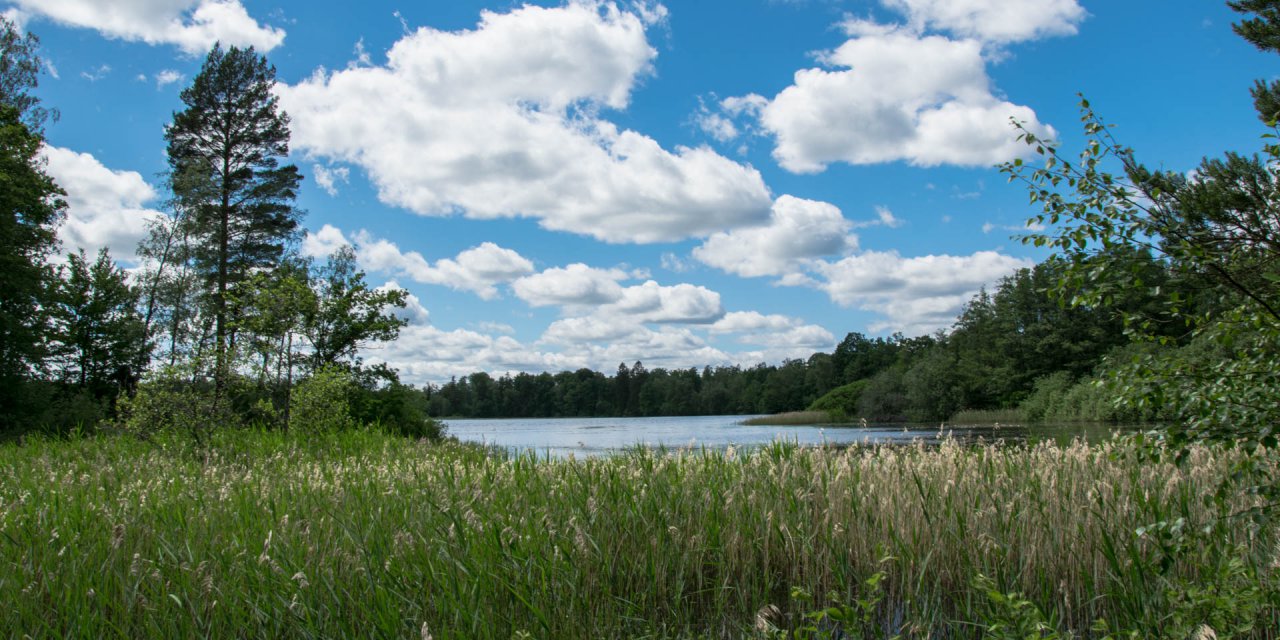 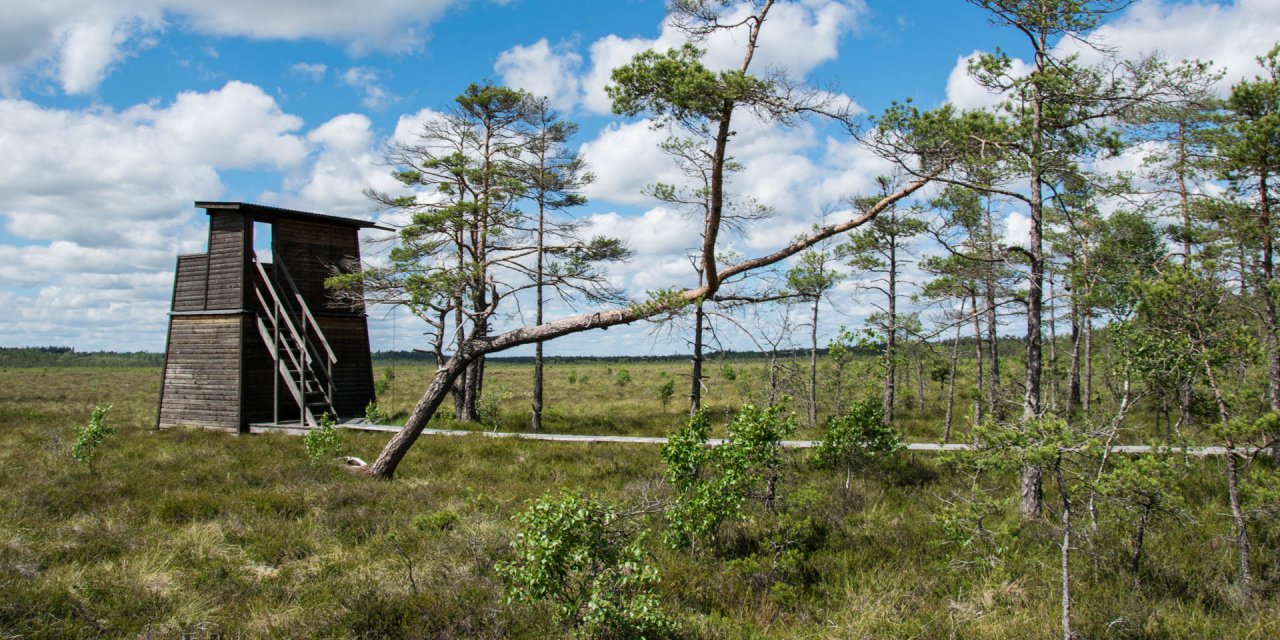