Linnés Råshult Kulturreservat is located near the village Diö in the centre of the municipality of Älmhult and shows the birthplace of the famous Swedish botanist Carl von Linné, as it looked like during the lifetime of the scientist in the early 18th century.

The cultural reserve Linnés Råshult preserves the birthplace of the great natural scientist Carl von Linné, who was born on the former vicarage Råshult as the eldest son of chaplain Nils Linaeus and his wife Christina Brodersonia on May 23rd 1707. Inspired by botany since his early childhood, the later professor of the University of Uppsala created the system of binary nomenclature, which is still used worldwide to classify plants and animals and label them with Latin names.

Linnés Råshult Kulturreservat shows the former parsonage in its entirety as it looked like in the time of the great scientist. It is a living farm as it was typical for the 18th century in Småland and is farmed in a historical way, including livestock and agriculture. And last but not least, the culture reserve has revived the gardens, unusually versatile for the time, that Carl von Linné's plant-loving father Nils had created.

The culture reserve, which is open all year round, covers an area of 42 hectares and includes the old vicarage with its gardens, fields and meadows enclosed by historic wooden fences and outdoor areas stretching all the way to Lake Såganässjön. The reserve is crossed by a number of circular routes that take you on a journey through time in a part of the long gone Småland.

The shape and location of the small fields and hayfields in Linnés Råshult have been restored according to old field maps and correspond to the situation before the major land reform. The fields are cultivated in a historical single-farm system and are worked with equipment typical of the time, such as horse ploughs. The meadows serve exclusively as hay meadows for the winter fodder of the animals living on the farm. They are cleaned of autumn leaves and brushwood in the spring in a historical manner and are only used as pasture after harvesting hay and leafs in the autumn. From spring to the end of summer, the cattle graze on the uncultivated meadows and wooded areas outside the farm.

The gardens & buildings in the culture reserve

The gardens in the immediate vicinity of the former vicarage – in the past every farm was self-sufficient – are also laid out and planted in a historical manner. As was customary at the time, the plots are slightly raised, each about 1.20 metres wide and planted with different old varieties of root and green vegetables in the kitchen garden.

In addition to aromatic herbs, the herb garden also contains a whole range of medicinal plants, such as those cultivated by the botanist Nils Linaeus to provide the family and fellow citizens with medicinal herbs. Furthermore there is, rather unusually for a farm of that time, a pure flower garden, which Nils planted for his wife Christina.

The buildings in Linnés Råshult still stand in the same place as they did during Carl von Linnés' lifetime, although the house where the great botanist was born no longer exists as it fell victim to a fire in the middle of the 18th century.

The current main house of the farm, the so-called Linnéstuga, was built in the 1750s and was used as the residence of the local chaplain until 1903. During this time the house had been altered several times, but was restored to its original state by extensive restoration work in the 1930s and most recently in 2006.

Other historical buildings on the farm include the former grain store next to the main house, two old haystacks and a flax kiln, which is located at a respectful distance from the other buildings because of the risk of fire when drying the flax plants.

From local museum to culture reserve

Right in front of the entrance to the culture reserve is the so-called Norregård (North farm), a small historical dwelling house which contains the museum of local history of the local heritage association Hembygdsföreningen Linné. Founded in 1922, the local history association was tenant of the parsonage Råshult from 1927 to 1986. During this time they have been very successful in restoring and preserving the old farmhouse and keeping alive the memory of Carl von Linné's birthplace in voluntary work.

In 1986, the foundation Stiftelsen Linnés Råshult, established by the municipality of Älmhult and the diocese Växjö, took over the farm, which was placed under the special protection of a culture reserve in 2002 and since then has been supported with funds from the budget of the provincial administration and the State Office for the Protection of Monuments.

Opposite the local history museum is the reception building, which is also furnished in a historical ambience, with a cosy café. The café mainly uses organically produced raw materials and offers homemade cakes, snacks and salads as well as two hot dishes.

While the café and the local museum are only open in the summer months, the area of the culture reserve is open all year round. The entrance fee is voluntary.

The paths within the culture reserve are designed in such a way that, with a few exceptions, they are passable with wheelchairs or prams. A wheelchair ramp is available for access to Linnéstuga. Some parking spaces for the disabled are located near the reception building, otherwise there is a large car park for cars and coaches about 400 metres from the culture reserve, which is situated on a flat hill. 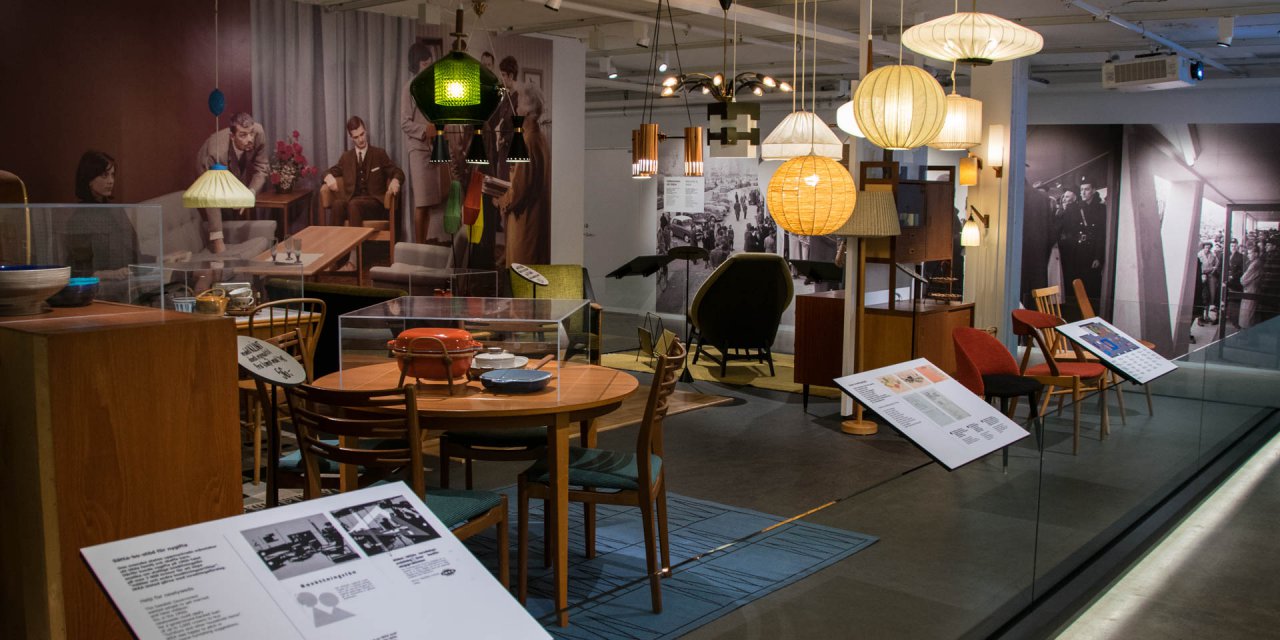 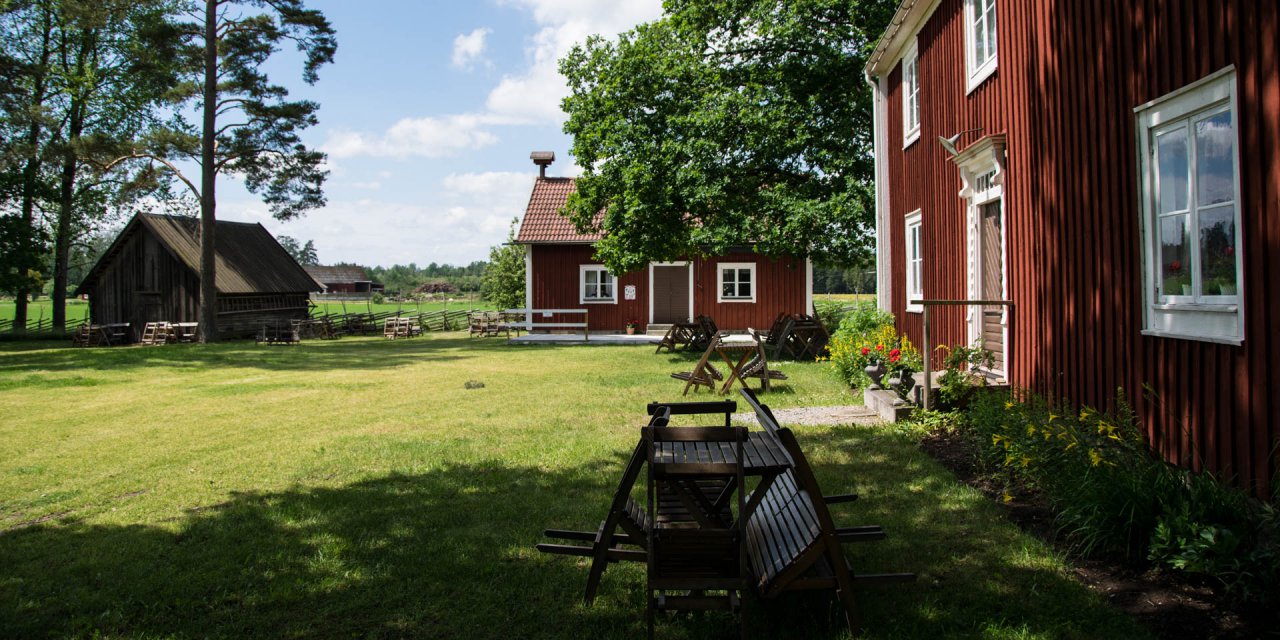