In the deep south of Småland, the IKEA Museum in the central town of the municipality of Älmhult tells the story of the Swedish global corporation in a very vivid and interesting way.

No other location would have been more suitable for the IKEA Museum, which opens in 2016, than the building in Älmhult in Småland, where the first IKEA furniture store opened its doors in 1958 and the rapid success story of the popular Swedish furniture retailer took a big step forward.

On 3,500 square metres, spread over two floors, the IKEA Museum shows the development of the furniture giant in a main exhibition divided into three parts. The tour begins with the roots of Småland, takes the visitor back to the poverty-stricken Småland of the 19th century and makes him aware of how the vital compulsion to be economical, sustainable and imaginative has shaped the behaviour of the people of Småland in the long term.

The exhibitions at the IKEA Museum

This part of the exhibition leads to the roots of Scandinavian home design, which originates from the folk style ideal with clear, aesthetic forms and light, airy living spaces that emerged in Sweden in the early 20th century. Finally, the influence of the installation of the Swedish welfare state, which began in the 1930s and created modest prosperity within large parts of the population, is presented. This social transformation, which transformed Sweden from a poorhouse on the edge of Europe to a modern industrial nation within 50 years, brought with it a high demand for contemporary furniture. IKEA appeared on the scene at just the right time to meet this need.

In the second part of the exhibition, IKEA presents itself in the mirror of time – presenting its own development history, marked by the constant search for new, sometimes unconventional and somewhat crazy, but generally promising product ideas. Around 20 faithfully detailed living situations vividly illustrate the changes in home design from the late 1950s to the present. Like in a gallery of ancestors, all IKEA catalogues published to date are lined up on a long wall, and display boards report on the opening dates of all IKEA furniture stores worldwide.

The third part of the exhibition is dedicated to the life and work of Ingvar Kamprad, the founder of the company, who grew up in the village of Agunnaryd, only 30 kilometres away. Illustrated panels show important stages in Ingvar Kamprad's life, and he himself talks in films about his family, his first steps as a businessman, about taken and missed opportunities, and also about failures.

Every visitor to the IKEA Museum can sit at his old desk from the early years. A large glass case also contains a true-to-original replica of his office from his former Swiss domicile, the furnishings of which provide further proof that Ingvar Kamprad has remained a modest person despite all his success.

In addition to the main exhibitions, there are many other things in the IKEA Museum waiting to be discovered and tried out by young and old. But at this point we don't want to give too much away. At the end of the journey through IKEA's history, there is a fairly large museum shop, whose assortment consists of numerous selected home accessories and new editions of some IKEA classics. At the same time, there is a large selection of children's books, photo books and non-fiction books, all about lifestyle, home & furnishing, gardening and cooking. If you get hungry after your visit to the museum, the museum restaurant "Köket" offers freshly prepared dishes, desserts and freshly squeezed fruit juices.

The IKEA Museum is barrier-free in all areas, including the shop and restaurant, and can be visited with a wheelchair, walker or pram. All visitors have free access to the museum's own Wi-Fi. However, pets, with the exception of assistance dogs, must remain outside. 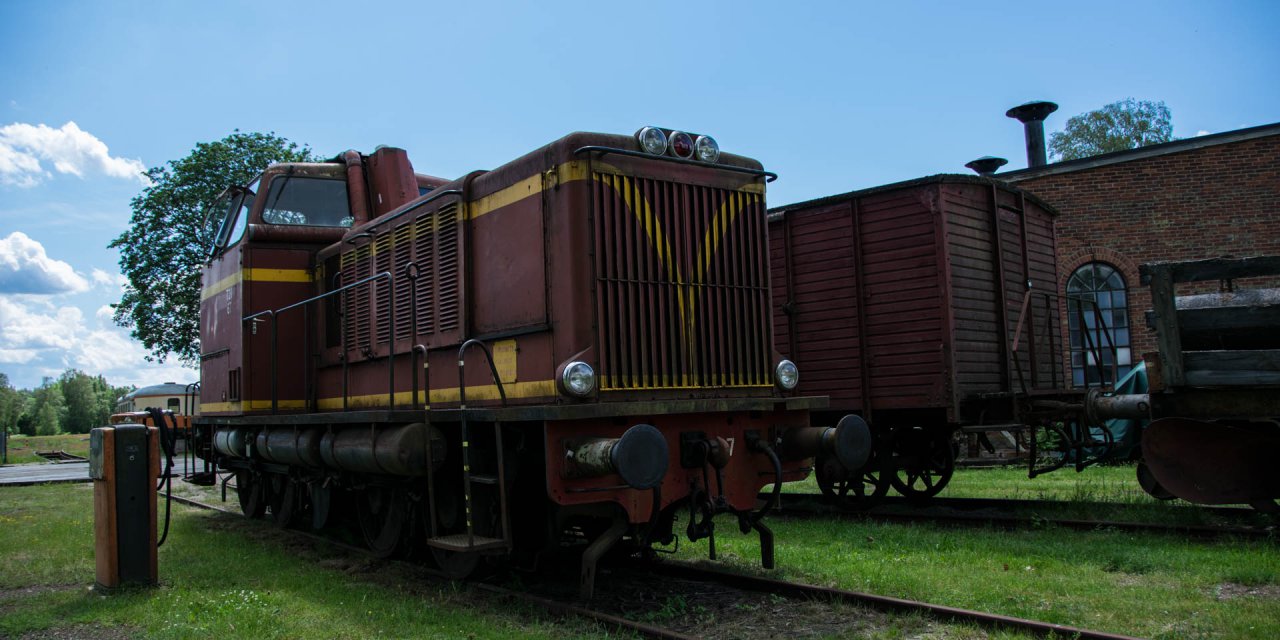