The nature reserve Horsnäsamossens Naturreservat is located in the east of Ljungby Kommun near the hamlet of Ottersnäs and covers the large moorland Hörsnäsamossen between Ljungby and Ryssby.

Horsnäsamossens Naturreservat is situated with other moor areas, nature reserves and lakes in a long flat valley east of Ljungby. It has an impressive size of about 770 hectares and consists of a varied mixture of raised bogs and relatively large swampy areas.

Due to the fact that the extensive bog and swamp areas are completely treeless, the moorland gives the impression of a large open space, surrounded by barely touched swamp forests, fed by several springs and small streams. The stock of dead and dying trees in the swampy forests is extremely high and forms an important habitat for the larvae of numerous insects that live in and from the decomposing wood. In turn, they form the food base for several species of woodpeckers that live in the swamp forests.

The vegetation on the open bog areas varies according to the type of bog. In the area of the nutrient-poor raised bogs, which obtain their moisture exclusively from natural precipitation, the flora consists mainly of peat mosses (Sphagnaceae) and common heather (Calluna vulgaris). The floral biodiversity is greater in the marshes fed by groundwater or streams. Common cottongrass (Eriophorum angustifolium), white beak-sedge (Rhynchospora alba), bog asphodel (Narthecium ossifragum), cross-leaved heath (Erica tetralix), western marsh orchid (Dactylorhiza majalis) and other species thrive there.

The nature reserve has a length of about five kilometres, an average width of about 1.5 kilometres and is divided into two parts approximately in the middle by the road between Ljungby and Vislanda. In the northern half of the nature reserve, there is a well-positioned observation tower that offers a wide view of the bog landscape.

During the summer dry periods it is also possible to hike through the northern part of the bog. To do this, you walk along the Tranebokanal, which starts at the road and follows the length of the bog to its northern end. The canal was dug in the 1930s to drain the north-western part of the bog to create arable land. The project was eventually abandoned and remained the largest human intervention in the bog area. 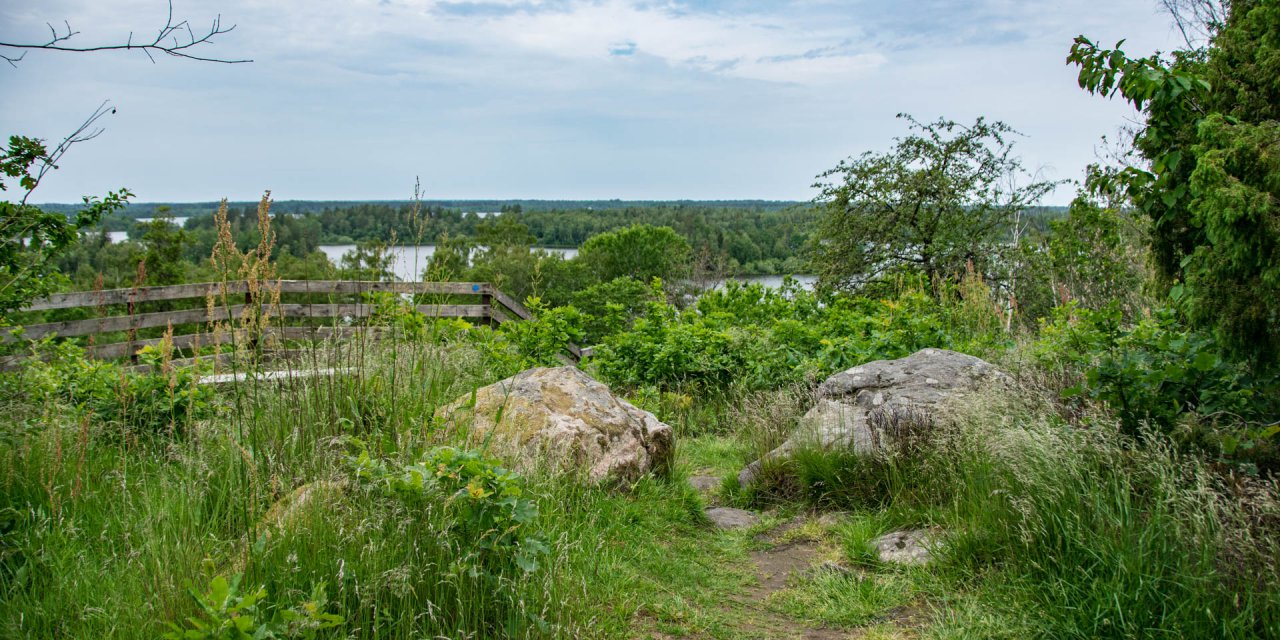