Ljungby Gamla Torg is the old market place in the center of Ljungby. It was once a trading place and meeting point for the local population when the present central village of the municipality of Ljungby consisted of only a handful of farms.

In the past, one of the most important roads of its time ran right along Ljungby Gamla Torg, and in connection with the guesthouse on its north side, the old market place was a lively place of communication and trade as early as the 17th century.

The guesthouse and the local court

It was not only the farmers from the surrounding area who traded their goods, but also the local population met travelers and merchants who stopped off at the guesthouse and who, in addition to all kinds of goods, also had the latest news from afar in their pockets. From 1693 onwards, the marketplace became more popular, as the regional jurisdiction was moved to Ljungby and the public hearings of the district court took place in the guesthouse.

The guesthouse is still located on the same spot as in the 17th century, but the present building dates from around 1820, still making it one of the oldest buildings in Ljungby. By the way, the whole ensemble of buildings at Ljungby Gamla Torg consists of some of the oldest houses in the city. From 1820 onwards, the district court no longer met in the guesthouse, but in the courthouse built at the same time, which is located on the west side of the cobbled market square. Until 1902 justice was administered there and since 1967 the historic building has been home to the Ljungby Museum.

Other buildings at Ljungby Gamla Torg

The building, which is located a few steps from the edge of the marketplace between the old courthouse and the guesthouse, is a former tannery from 1840. It was once one of the first industrial buildings in Ljungby and was moved here from another part of the town. On the first floor of the old tannery there is a cosy café with outdoor service under the leafy canopy of the surrounding large trees, and on the upper floor there are other exhibitions of the Ljungby Museum.

In 1982, after several relocations, the so-called Torpstuga found its last location on the extensive green area behind the tannery. It was the dwelling house of a Soldattorpet, a rural cottage, which was formerly assigned to the active soldiers as a dwelling place and which existed in large numbers throughout the country.

On the east side the market place is closed by a two-storey red wooden building from the early 19th century. This is the main house of the former farm Eskilsgården, which originally stood on the opposite side of the street Bolmstadsvägen. This house was once Ljungby's first infirmary and pharmacy and the post office.

Ljunby Gamla Torg was extensively restored in the 1970s, so that the historic market square with its old cobblestone pavement, historic street lamps and surrounding buildings now represents a section of Ljunby's townscape from the early 19th century.

Especially during the summer the market place is used for events. These include a popular flea market, which takes place there on some Saturdays from May to September, and storytelling evenings, where exciting old fairy tales and sagas are told in cooperation with the neighboring Sagomuseet. 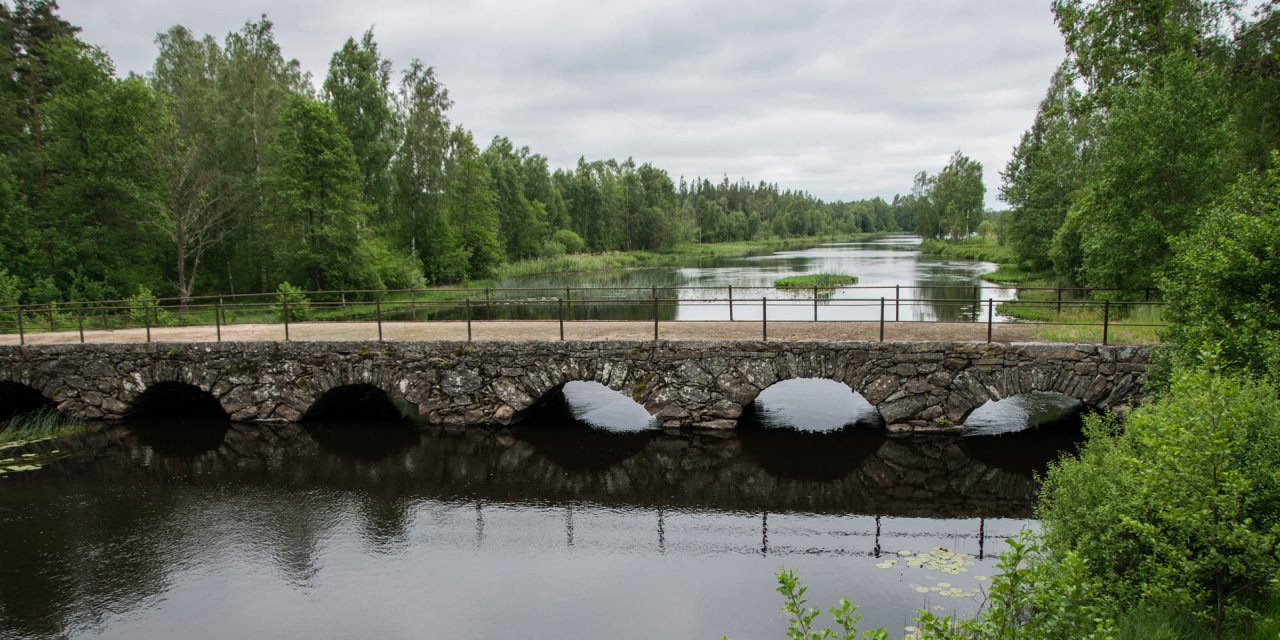 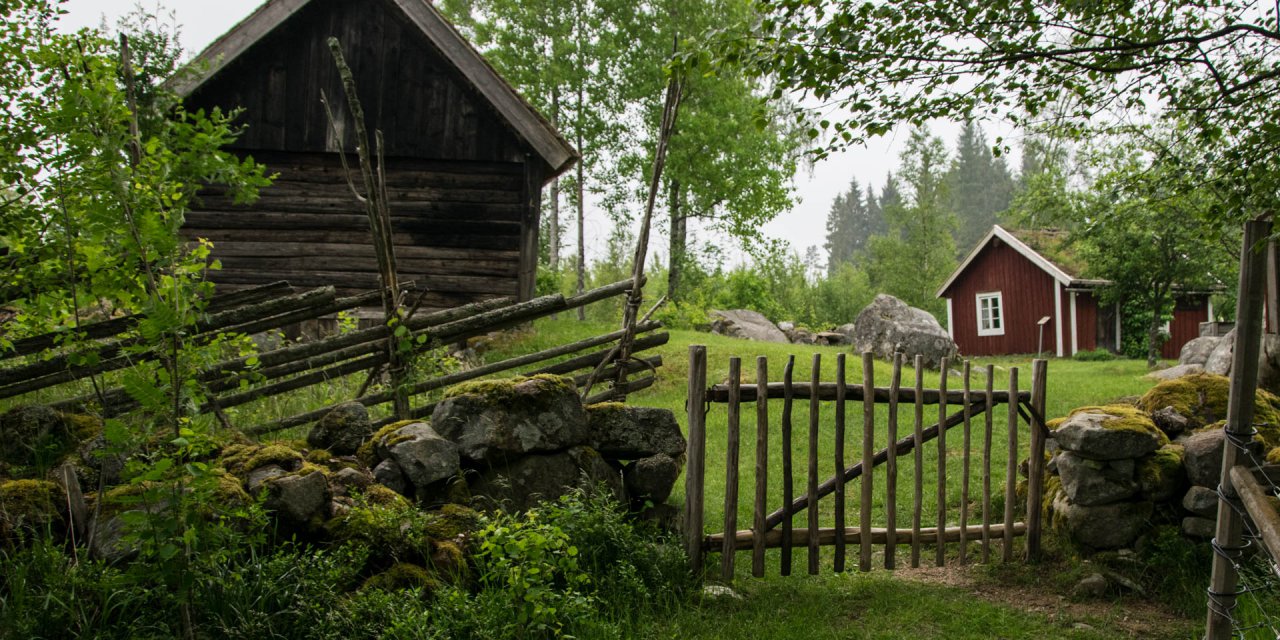 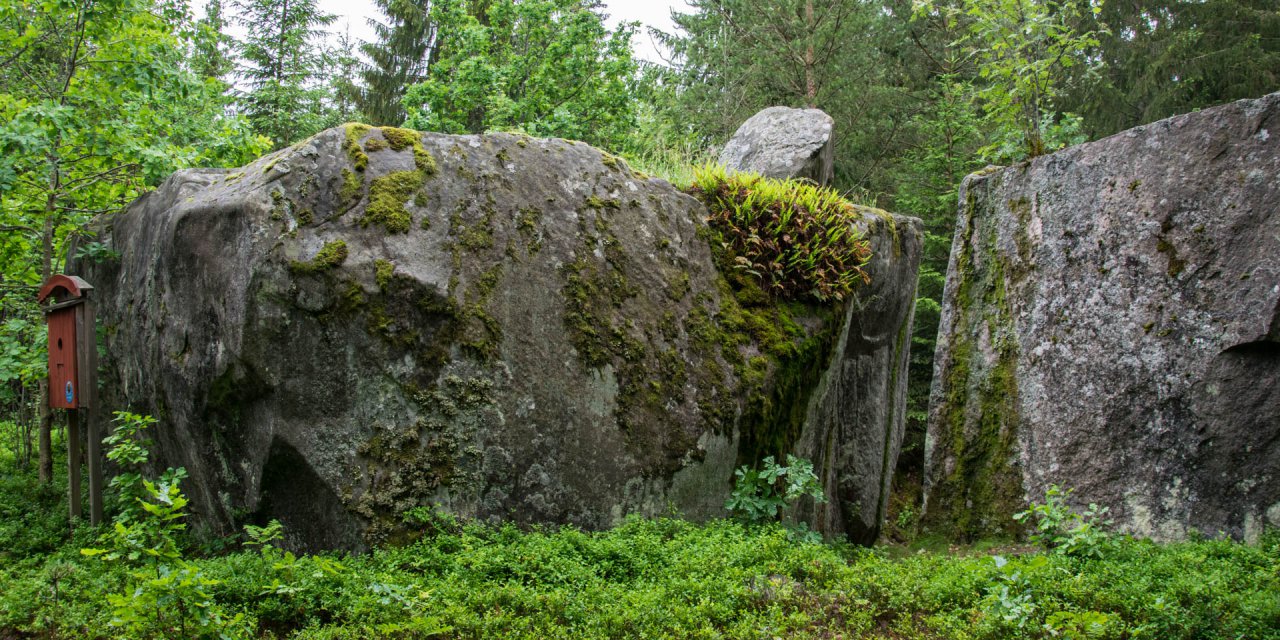