A nice representative of the old wooden churches in Småland is Tutaryds Kyrka>/strong>, which is located only a few kilometers outside the central town Ljungby, in the eastern half of the municipality Ljungby Kommun.

Tutaryds Kyrka belongs to the small church village of Tutaryd and is surrounded by coniferous forests in a scenic location on a hill within sight of the lake Storesjö. The small wooden church was consecrated in 1694 and consists of a nave with a slightly smaller choir on the east side. In front of the western gable wall of the nave there is a small vestibule and the sacristy is attached on the north side.

The whole church is covered from the outside with wooden shingles and the roof is covered with tarred wooden shingles. Rather unusual for churches is the color scheme of the exterior facade, which in the case of Tutaryds Kyrka is in fact entirely in the style of classical residential buildings in Falun red with bright white window frames.

The creation of the church in Tutaryd

The hill on which Tutaryds Kyrka stands was already an ancient pagan place of worship in pre-Christian times, visited by the local people. According to legend, a Christian missionary took advantage of the popularity of the site and had a first small church built there.

The church is situated in the middle of an almost square cemetery with some very old graves, which is surrounded by a high wall piled up of loose stones. A beautiful eye-catcher and at the same time a particularly successful example of historical timber construction is the belfry, which can be found a few meters away from the church. It consists of three massive, vertical wooden columns with eight inclined pillars on the sides, which support the four-gabled tower head with its high spire. The tower is very likely to be as old as the church itself and is also clad with wooden shingles in the same color scheme.

The interior of Tutaryds Kyrka is characterized by color contrasts as well as a strong contrast between simplicity and splendor. The ceilings and walls, painted in light shades of gray and blue, contrast on the one hand with the light green and red accents of the pews and on the other with the Baroque opulence of the pulpit and the altarpiece. The pulpit with canopy and the altarpiece date back to the time the church was built and are typical representatives of the Baroque with their extremely detailed carvings, the bright colors and abundant use of gold.

The tradition of the bridal stone

At the entrance to the church there is another cultural-historical object in the shape of a so-called bridal stone. This is a large flat stone, on which the bride or, in some areas, the bridal couple used to stand after the wedding ceremony in order to present themselves to the assembled church community.

This tradition was lived until about the middle of the 19th century, although original bridal stones have been preserved today in the whole of Kronoberg, except in Tutaryd, only at the church ruins in Hamneda and at the old church in Sjösås. 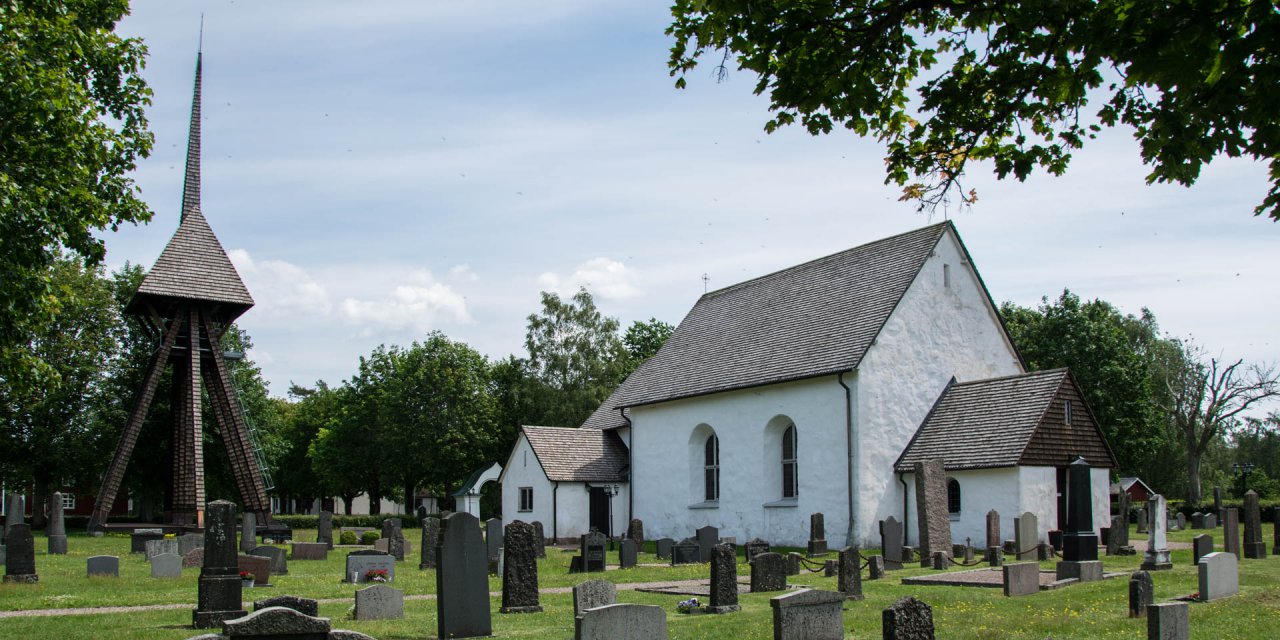 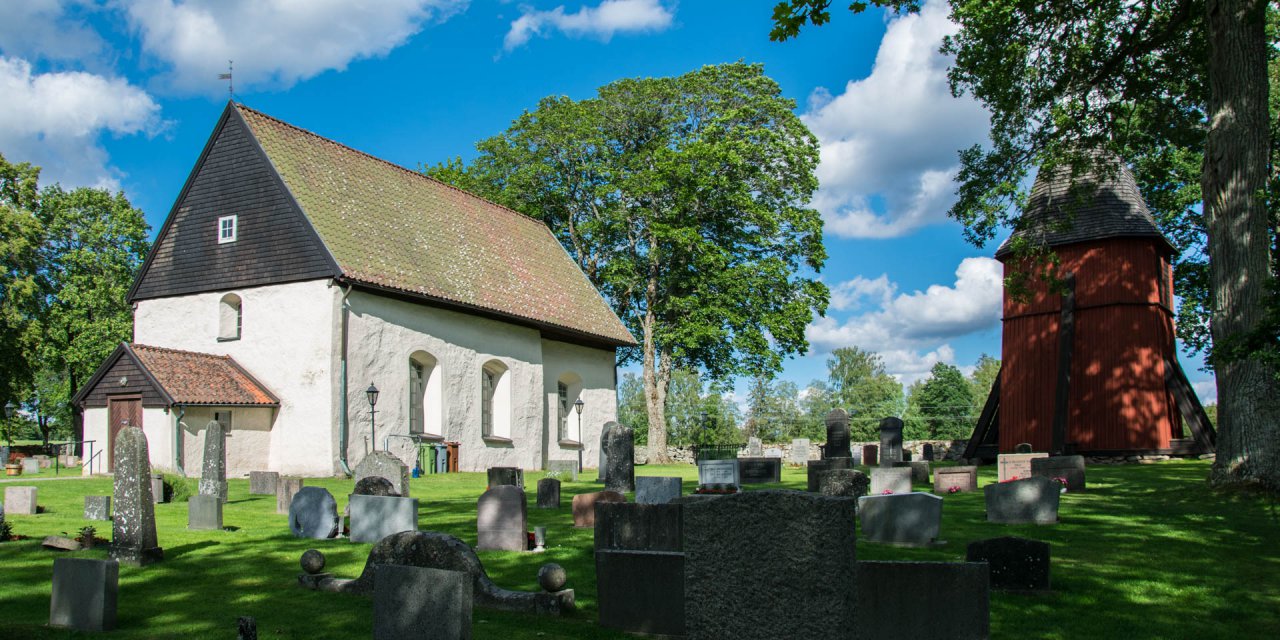 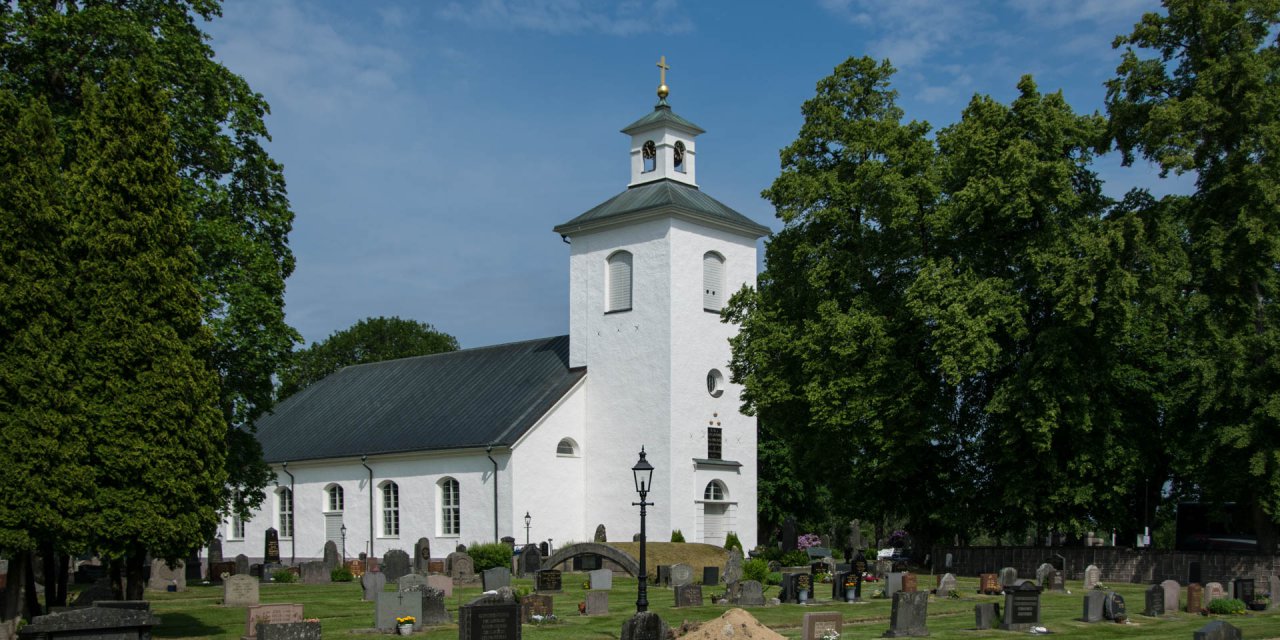