The gigantic Torsburgen is by far the largest prehistoric hillfort on the Swedish island of Gotland. It is perched high on a rocky massif in the parish of Kräklingbo, just a few kilometres from the island's east coast, near Katthammarsvik.

With an area of around 1.2 square kilometres and a circumference of almost five kilometres, Torsburgen is a true giant among the approximately 80 hillforts on Gotland, which are usually only up to 800 square metres in size. It is the third largest hillfort in the whole of Scandinavia and is only surpassed in Sweden by Scandinavia's largest hillfort, the approximately 20-square-kilometre Hallebergs Fornborg near Vänersborg in Västergötland.

Torsburgen is strategically located on a limestone cliff some 70 metres high. On three sides there is natural protection against intruders due to the steep rock faces, some of which rise vertically up to 25 metres. Only the southern side has to be protected by a two-kilometre-long rampart wall. It consists of dry-stone masonry with limestones, is up to 20 metres wide at its base and up to seven metres high. Archaeological investigations have shown that there were additional wooden palisades on the top of the wall.

Investigations in the 1970s also brought to light the true age of Torsburgen. Until then, it had been assumed that the walls were built in the 5th century, but by means of radiocarbon dating it was possible to prove that the oldest parts of the wall had already been built around the time of the birth of Christ. The wall was renewed in the meantime and successively raised until the 9th century. After that, according to current knowledge, the castle was no longer used.

The rampart wall makes up the actual fort, as there are otherwise no traces of buildings or other defences on the entire plateau. It is therefore assumed that Torsburgen served as an refuge castle and was only used temporarily. In any case, its size would have been sufficient to offer protection to the entire population of the island at that time.

The area in and around Torsburgen is part of the 161-hectare nature reserve Torsburgen, where many other special features can be discovered.

These include several caverns, which are located on the north-western steep slope of the rock plateau. The largest of these caverns, the so-called Burglädu, is about 12 metres wide and leads around 16 metres deep into the hill. But the flora on Torsburgen has also long been known to have a particularly high density of rare plants.

There is the largest stand of wild oregano (Origanum vulgare) on the entire island, but also orchid species such as the red helleborine (Cephalanthera rubra) or creeping lady's-tresses (Goodyera repens) show their flowers. Also thriving on the calcareous subsoil are larger stands of scorpion senna (Hippocrepis emerus) as well as the subspecies of pasqueflower (Pulsatilla vulgaris gotlandica), which is only found on Goltand.

A marked circular trail about four kilometres long runs across the rock plateau of Torsburgen, which can be reached from two sides of the hill. From the parking lot on the north side of Torsburgen, a somewhat steeper climb leads up through the entrance gate called Tjängvide Luke, while access from the southern parking lot is via the flatter side through the passage in the rampart wall called Ardre Luke. This parking lot is right next to the rampart wall and is particularly suitable if you just want to look at the wall. There are information boards at both entrances and rest areas with picnic tables – another rest area is near the caves. 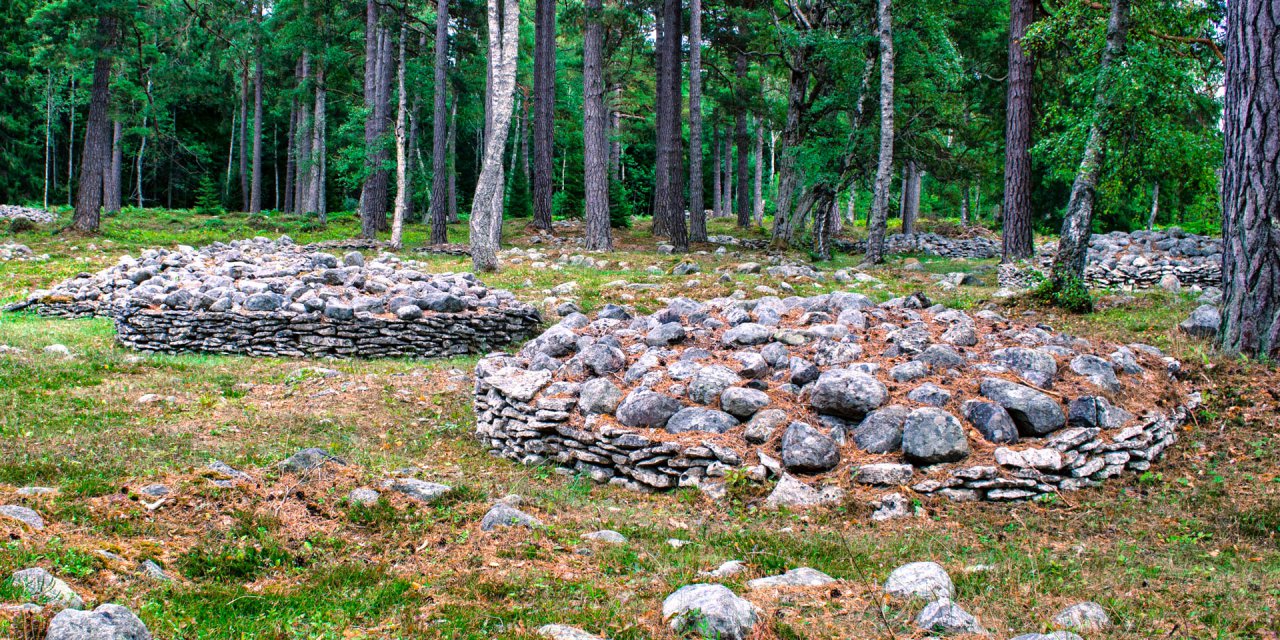 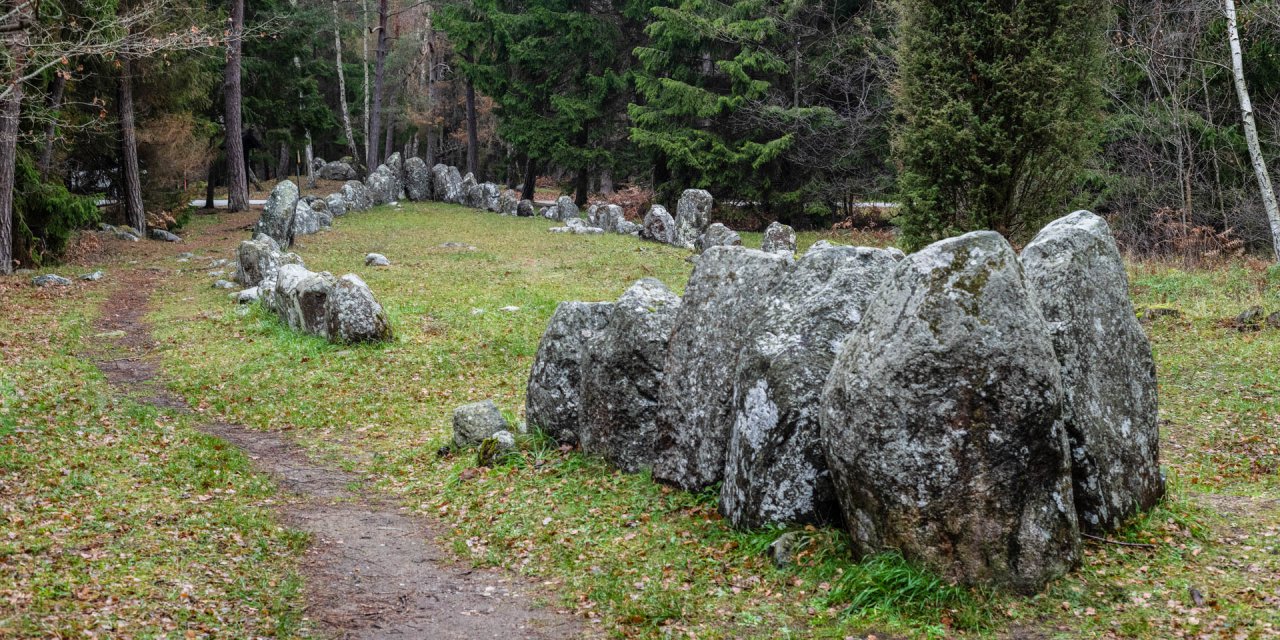 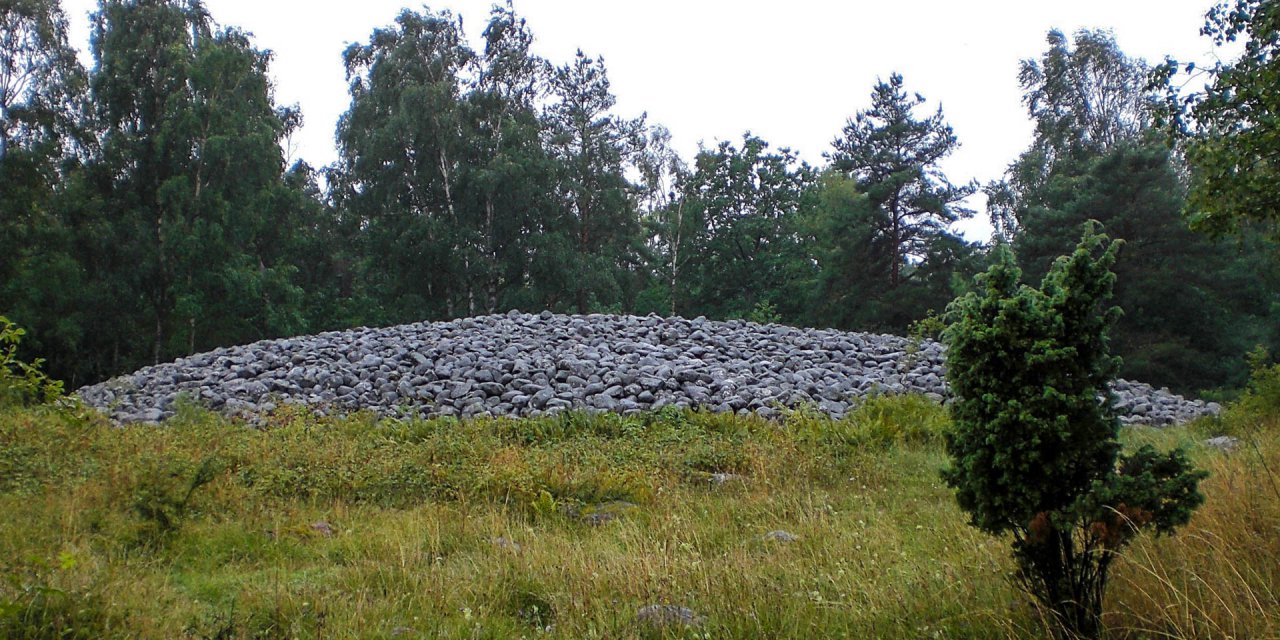