Nösslinge Kyrka, a pretty little red wooden church from the 17th century, is located in a beautiful place on the edge of the village Nösslinge near Skällinge, about 27 kilometers northeast of Varberg.

The year of construction of Nösslinge Kyrka, which is picturesquely located on the northern shore of the three-square-kilometer lake Stora Neten, is not exactly known, but is generally stated as 1697. Since the church replaced a predecessor dating from the 13th to the 14th century, it is believed that some elements of the first church are contained in the church today.

The three-part baptismal font carved out of solid granite dates back to the 13th century, while the medieval door to the sacristy is in the Hallands Museum today.

The pulpit dates from 1575, making it one of the oldest pulpits in the province of Halland. The carved wooden sculptures in the sanctuary are also from the time before the Reformation. The carved altarpiece was created in 1707 by the wood sculptor Gustav Kihlman, while the painting of the wooden church ceiling was created in the 17th and 18th centuries.

The Nösslinge church from the outside

The church building consists of a rectangular nave with a straight choir wall and a subsequently added sacristy on the east side and a small entrance hall on the west side. The walls of the nave are made of a log construction, which is unclad on the inside and clad with wooden shingles on the outside.

A few meters in front of the west side of the church is a conspicuously low wooden belfry, which, in contrast to the usual standalone belfries, is not higher than the church itself and is completely clad with planks. 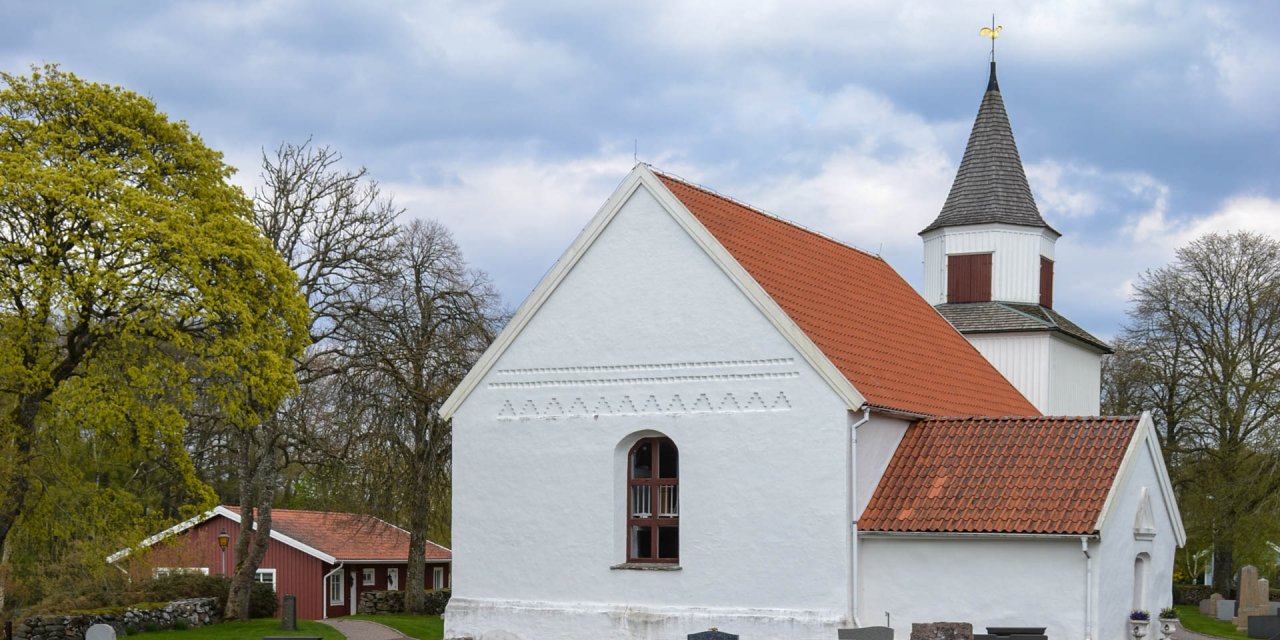