The nature reserve Möllegårds Naturreservat consists of an untouched mixed deciduous forest along the river Nyrebäcken on the outskirts of Frösakull, about five kilometres northwest of Halmstad.

Möllegårds Naturreservat is a 45 hectare nature reserve not far from the coast. It is characterised by soft terrain formations with gently rising flat hills of drifting sand. The nature reserve is crossed by the shallow valley of the river Nyrebäcken, which meanders through the area in its original riverbed.

Within the wet valleys along the river there are black alders, some of which are more than one hundred years old. Numerous rare lichens grow on the old trees, such as the highly endangered Hypotrachyna revoluta, which occurs at only about 50 locations in Sweden.

A number of moisture-loving herbs thrive on the moist soils within the shady and partly swampy alder forest. Among them are the marsh hawk's-beard (Crepis paludosa), the wood stitchwort (Stellaria nemorum) and the marsh fern (Thelypteris palustris) with its up to one meter long fronds.

In the old black alders nest grey wagtails (Motacilla cinerea) as well as the rare lesser spotted woodpecker (Dryobates minor) and with a little luck you can see the colorful feathered common kingfisher (Alcedo atthis) at the water. In the river lives the stone loach (Barbatula barbatula), which is quite rare in Halland and only occurs at two locations in the province.

The oaks in the nature reserve

On the higher terrain formed by drifting sand in the northern part of Möllegårds Naturreservat there are pastures that have been used for centuries, where a large number of old free-standing oak trees can be found. The mighty oaks with their expansive crowns are also home to numerous insect species as well as mosses, lichens and mushrooms.

On the thick trunks and branches you can find for example the silky wall feather-moss (Homalothecium sericeum) as well as the tree mushrooms beefsteak fungus (Fistulina hepatica) and chicken-of-the-woods (Laetiporus sulphureus).

From April onwards, the old pastures turn into a sea of blue flowers of the common pasque flower (Pulsatilla vulgaris). The Halland blackberry (Rubus hallandicus), which occurs only in Halland and is highly endangered, thrives as a peculiarity on the old cultivated areas.

The nature reserve is a very popular local recreation area for the inhabitants of Halmstad and has a number of well-developed and easily accessible circular trails. The longest trail is the green marked Möllegårdsslingan, which is about 2.5 kilometres long, while the 1.7 kilometre long Gul Slingan (yellow route) is slightly shorter. Along the trails there are benches, picnic tables and fireplaces

Möllegård is also the starting and finishing point of Prins Bertils Stig, an approximately 18 kilometre long hiking trail, which partly runs along the coast between the Möllegård Naturreservat and the castle in Halmstad. 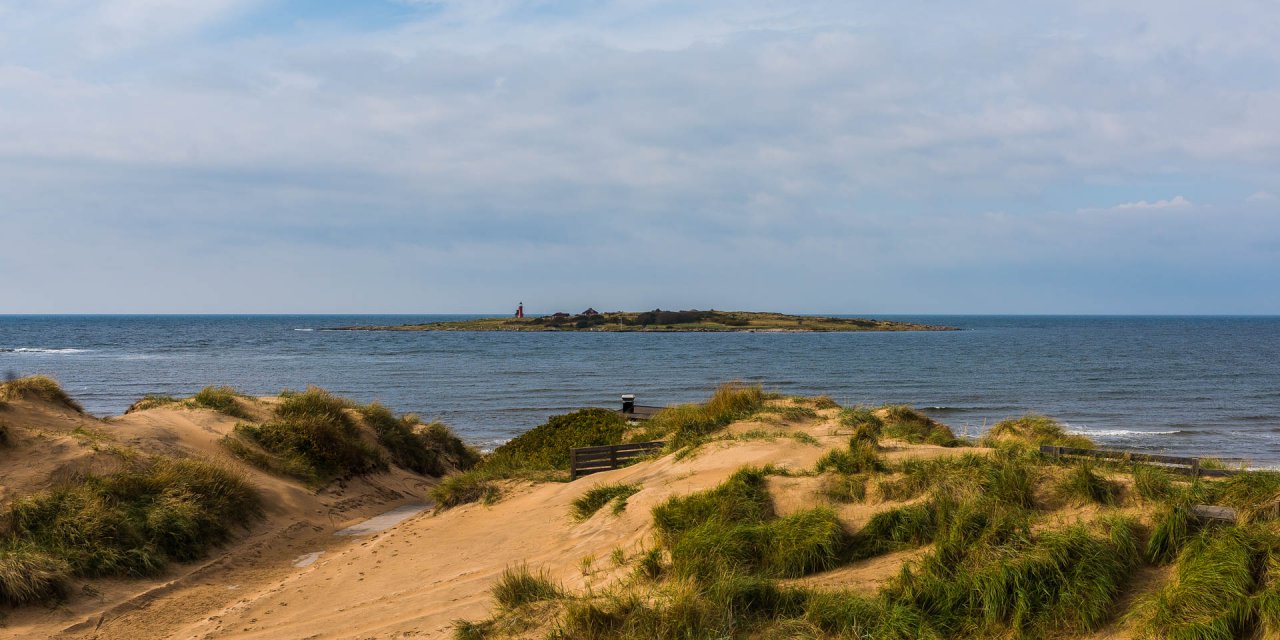 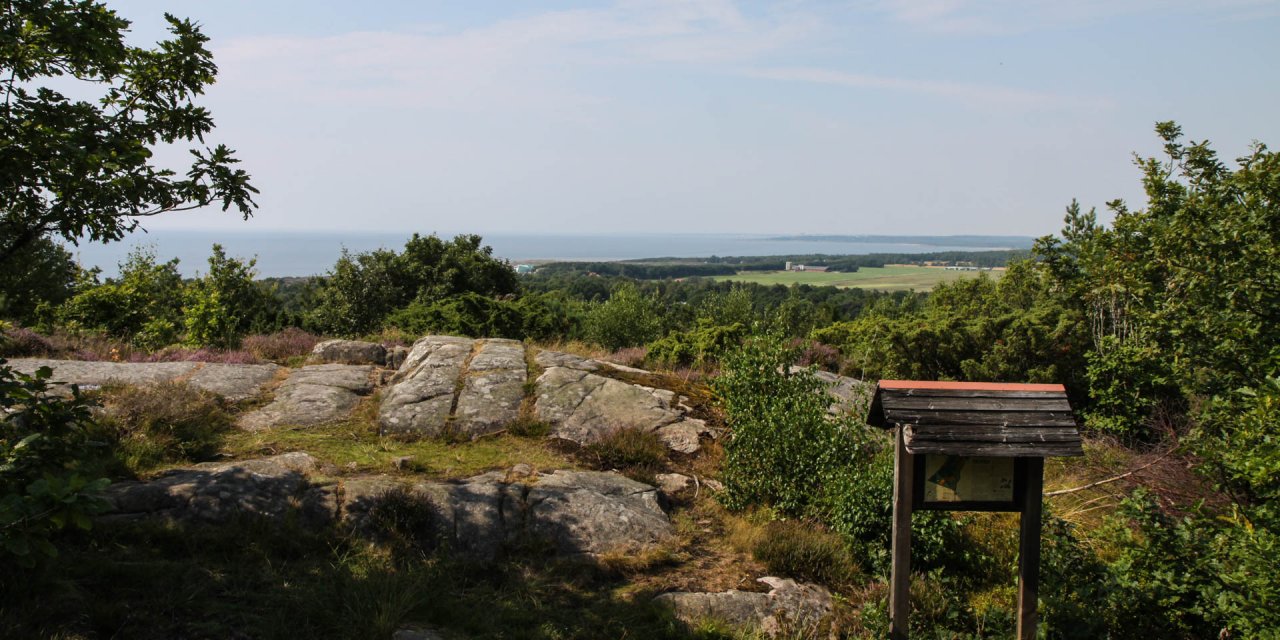