Bergianska Trädgården is the botanical garden of Stockholm. It is situated in a beautiful natural setting in the wooded surroundings of the district Norra Djurgården in the far north of Stockholm.

Bergianska Trädgård, situated on the shores of the brackish water lake Brunnsviken, describes itself as a living museum for plants and is home to over 9,000 plant species from all over the world. At the same time the large botanical garden serves as an institution of the Royal Academy of Science and the University of Stockholm for scientific research.

Bergianska Trädgården was founded in the middle of the 18th century and was first located in the Vasastaden district until it was moved to the almost 20-hectare site at Brunnsviken in 1885. The area is hilly and the layout of the park is partly designed in such a way that plants from one family are combined into common plantings.

Except for these systematic plantings, there are different landscapes with their special plants. In the north of the park there is a mountainous landscape with typical plants from the high mountains of Asia, North America and Scandinavia and around the lake in the south of the park there are wet meadows and swampy areas with native plants.

There is also a large show garden with various fruit trees and berry plants, a large vegetable garden with over 300 varieties of various vegetable plants and a herb garden with a large selection of medicinal plants.

Greenhouses in the botanical garden

The Edvard Andersons Växthus, a large greenhouse for plants from areas with a Mediterranean climate, is located in the middle of the botanical garden. The central hall of the greenhouse contains a large collection of tropical and subtropical plants in an environment of cliffs and terraces. In the four corner wings you can see plants from different regions of the world in their typical surroundings.

One of the corner wings presents plants from the southwest of Australia, another the flora of the Cape region of South Africa and in the third wing there are plants from the Californian and Mexican desert, arranged in a landscape of sandstone rocks. The fourth wing presents a wetland biotope with forest and different ferns.

A smaller greenhouse, the Victoriahuset, dating from 1900, can be found on the bank of the Brunnsviken. The historic greenhouse is only open in summer, from the beginning of May to the end of September. Under its historic glass dome it houses various water plants and mainly tropical water lilies. Among them is the spectacular Queen Victoria's water lily (Victoria amazonica), the largest water lily in the world.

In the entrance area of the large greenhouse there is a café offering coffee, pastries, soft drinks and ice cream. Warm dishes are served in the restaurant, which is located in the nearby former orangery.

The outdoor area of the botanical garden is always accessible free of charge. Apart from a few public holidays, the large greenhouse is open all year round only during the day and the visit is charged with an entrance fee. The same applies to the smaller Victoriahuset near the lake Brunnsviken.

Food brought along can be eaten on one of the numerous park benches or the designated picnic areas outside. In contrast to most other parks in Sweden, it is not allowed to simply settle on one of the lawns in the botanical garden, as sensitive bulbs are hidden under the turf in many places.

The entire botanical garden and the greenhouses have sufficiently wide paths that can be used by prams and wheelchairs. The paths in the outside area have a gravel surface and lead in the direction of Brunnsviken partly over inclines and downhill stretches. Wheelchair-accessible toilets are located in the two greenhouses. Dogs may only be carried in the outdoor area of the botanical garden, but must always be kept on a leash. Only assistance dogs are allowed in the greenhouses. 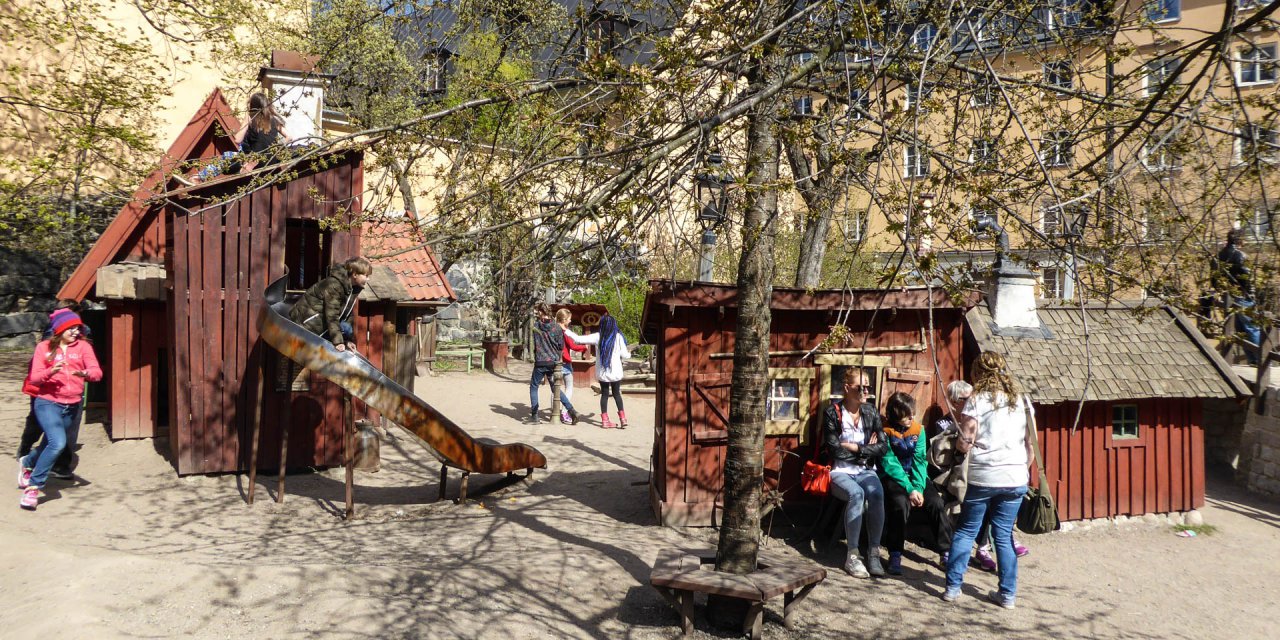 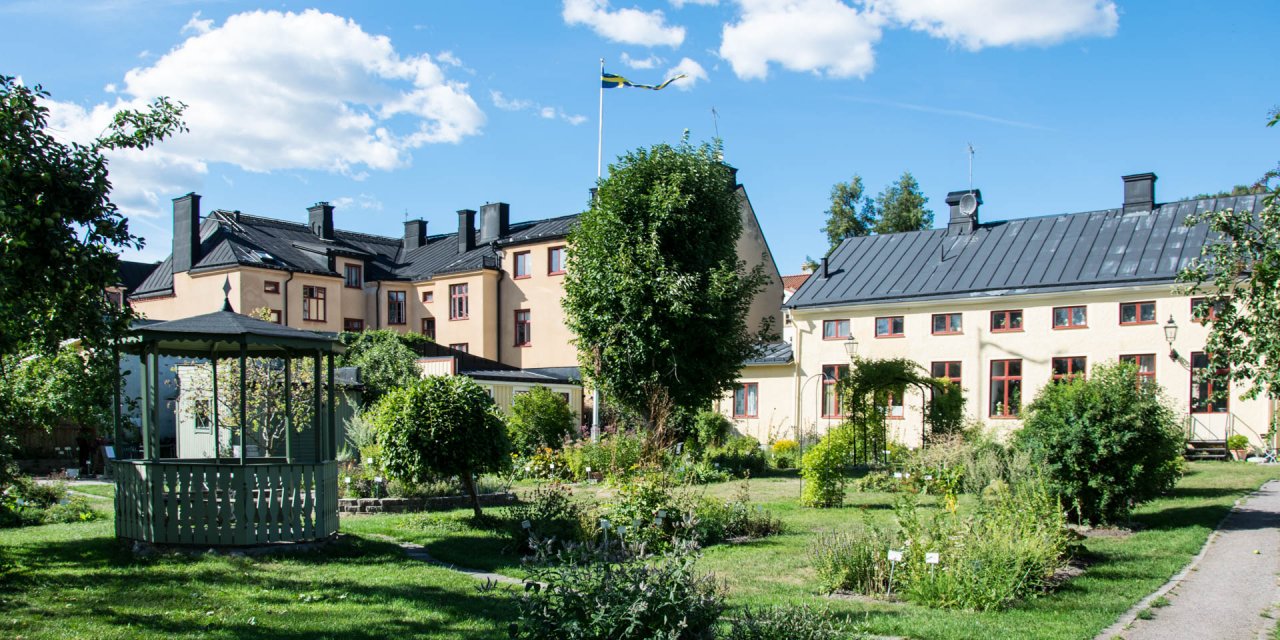 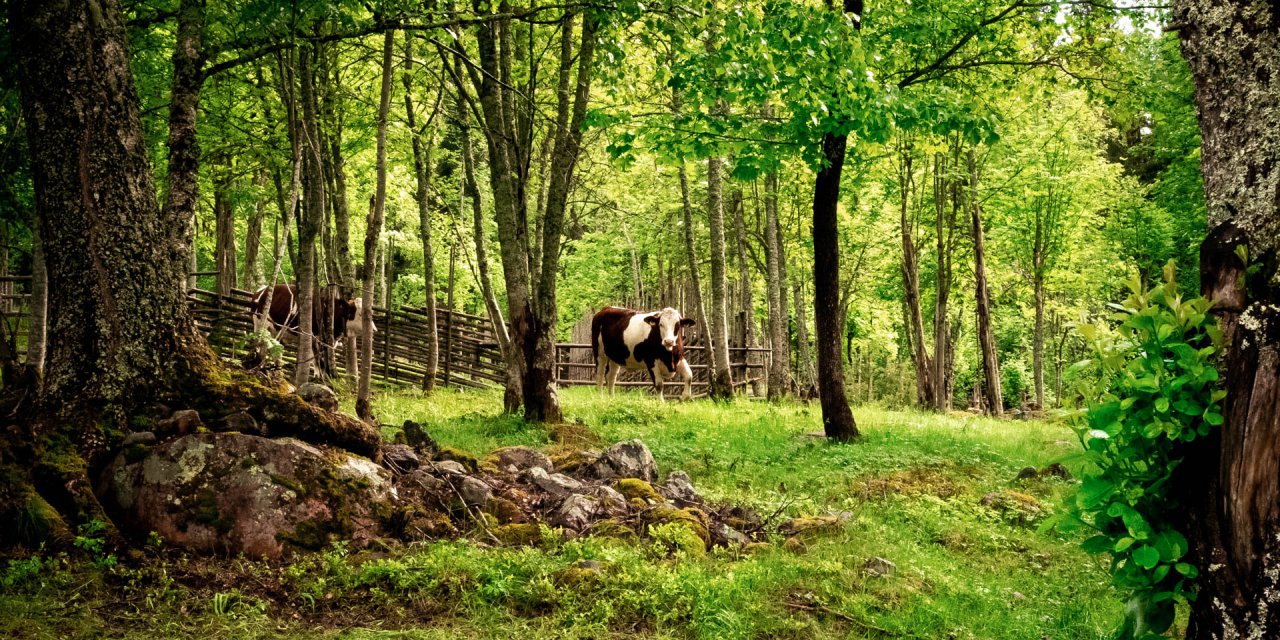