Stenshuvuds Nationalpark is the southernmost national park in Sweden. It is located on and around the prominent Stenshuvud mountain, directly on the coast south of Kivik in the northern half of the municipality of Simrishamn.

The national park covers an area of 400 hectares, including 80 hectares of the adjacent sea area on the coast of the beautiful landscape Österlen in the southeast of the province of Skåne. The mighty mountain Stenshuvud, which gives its name to the Stenshuvuds Nationalpark, rises 97 meters high out of the landscape, which is otherwise characterized by rolling hills and dunes.

The Stenshuvud, which drops steeply down to the sea shore, is a so-called residual mountain, which consists only of the primary rocks gneiss and porphyry, while the softer rocks were eroded by erosion in the course of the earth's history. It forms the dramatic ending of the Linderödsåsen, a tectonic fault up to 200 metres high, which runs for about 60 kilometres from the area of Höör Kommun in a south-easterly direction down to the coast.

At the top of Stenshuvud there are three viewpoints, each of which offers a different view over the coast and the surrounding landscape. As the highest point, the northern peak offers the widest view over the bay of Hanö and on a clear day even the Danish island of Bornholm can be seen as a blue silhouette on the horizon.

The whole area of Stenshuvuds Nationalpark is not only of high geological and botanical value because of its great biodiversity, but also an ancient cultural landscape. In the heath landscape south of the mountain are the remains of ancient fields and a Stone Age stone chamber grave. Below the mountain top you can find the remains of old walls of an ancient castle dating from the migration period.

Everywhere you go you will find old hollow ways and walls made of collected stones, which have been built over the centuries to separate the grazing grounds. Even at the beginning of the 19th century, the landscape on the mountain was much more open due to grazing, and the forestation, which today consists mainly of beech and hornbeam, only developed in the course of the 20th century.

Flora & Fauna of the national park

The great diversity of species within the national park Stenshuvud is mainly due to the fact that almost all stages of landscape development, from dense forest to open landscape, occur within a limited area. In order to preserve this species diversity in the long term, selected parts of the national park are still grazed from spring to autumn.

In strong contrast to the beech forest is the sandy heathland west of Stenshuvud. Between the dense carpets of heather, which unfold their bright colours in autumn, St Bernard's lily (Anthericum Liliago), common pasque flower (Pulsatilla vulgaris) and Breckland thyme (Thymus serpyllum) bloom in summer.

The fauna in the national park Stenshuvud is similarly diverse as the flora. The forest is home to deer, badgers, foxes, squirrels, least weasels (Mustela nivalis), yellow-necked mouse (Apodemus flavicollis) and the rare hazel dormouse (Muscardinus avellanarius). In addition to numerous songbirds, you will also meet European green woodpeckers (Picus viridis), lesser spotted woodpeckers (Dryobates minor) and black woodpeckers (Dryocopus martius), which find a richly set table thanks to the insect larvae living in the dead wood of dead trees.

In sunny places there are grass snakes (Natrix natrix), common European adders (Vipera berus), sand lizards (Lacerta agilis) and salamanders. On and above the heathland you can hear the song of the common rosefinch (Carpodacus erythrinus), the tree pipit (Anthus trivialis) and the colourful Eurasian golden oriole (Oriolus oriolus).

Five colour-coded circular hiking trails with lengths between 500 metres and four kilometres, lead through the national park. At the same time, the fourth stage of the long-distance hiking trail Skåneleden leads through Stenshuvuds Nationalpark.

he main entrance of the national park is located on the south side of Stenshuvud along with a large parking lot and the visitor center Naturum Stenshuvud, which provides a lot of interesting information about the national park. There is a kiosk, toilets, a large lawn with picnic tables as well as two covered shelters. Only 500 meters east of the parking lot is the beautiful bathing beach Stenshuvuds Strand. The path down there is relatively wide and accessible with wheelchairs and prams – but has a significant gradient. 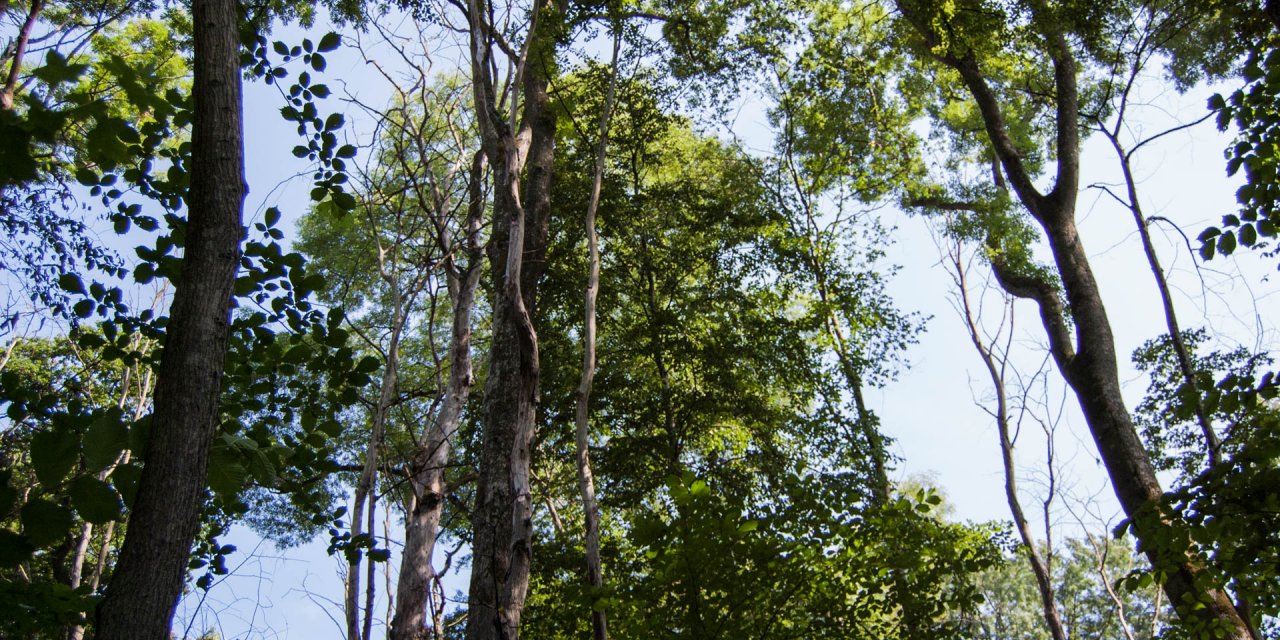