Kiviksgraven or Kungagraven, as the so-called King's Grave of Kivik is originally called, is located on the outskirts of Kivik in the northern half of Simrishamn Kommun and is considered as one of the largest Bronze Age burial mound in Sweden.

The special feature of the approximately 3,500 year old Kiviksgraven is not so much its impressive size with a diameter of 75 metres, but is hidden inside the accessible burial chamber, which contains the only Bronze Age stone box decorated with rock carvings in the whole of Scandinavia.

The ancient sarcophagus in Kiviksgraven is 3.25 metres long, about 1 metre wide and consists of vertically positioned rock slabs, some of which bear unique petroglyphs on their inner sides. Of the original ten stone slabs, unfortunately only eight are still preserved in their original form. In a further burial chamber is the so-called Prince's Grave, which consists of a 1.20x0.65 meter stone box made of two rock slabs.

Until the 1750s, Bredarör, as Kiviksgraven is called in local vernacular, was used as a quarry. Only after the burial mound had been removed to the extent that the burial chamber was uncovered and some time later the petroglyphs were discovered, did the destruction stop. It is not known whether the two burial chambers had been looted before or at this time.

From 1931 to 1933 the tumulus was thoroughly archaeologically investigated and then the concrete chamber was built to make the tomb accessible to the public. During the subsequent restoration, the mound was brought to its current total height of 3.50 metres, based on representations from the 18th century. However, it is now assumed that Kiviksgraven was about three times as high in the original, based on the average diameter/height ratio of other Bronze Age burial mounds.

Due to the coarse stone paving on the way to the burial chamber, the site is only partially accessible with prams, wheelchairs or walkers. Dogs may be carried along if they are leashed.

In the adjacent Café Sågmöllan (The Sawmill) there is a museum shop with a range of replicas of Bronze Age ceramics and jewellery as well as books and other souvenirs. The rustic café, opened in 1939 and is one of the oldest cafés in Österlen, offers classic Swedish fika with coffee, cinnamon buns, waffles or other homemade cakes as well as various small hot dishes. 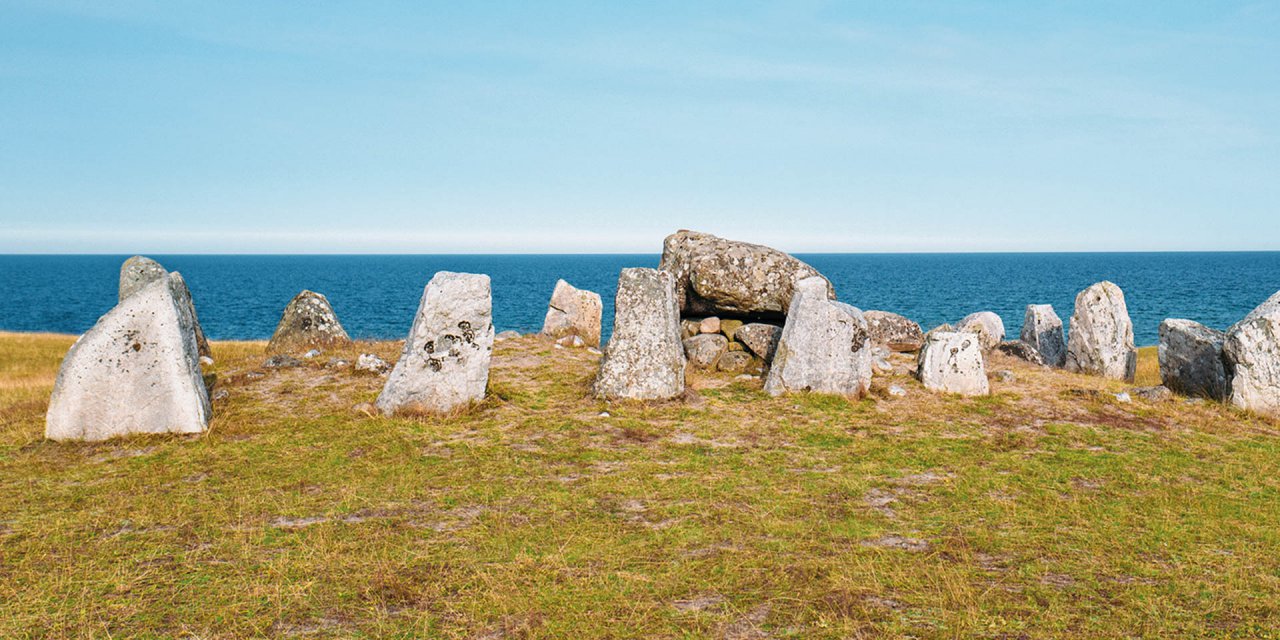 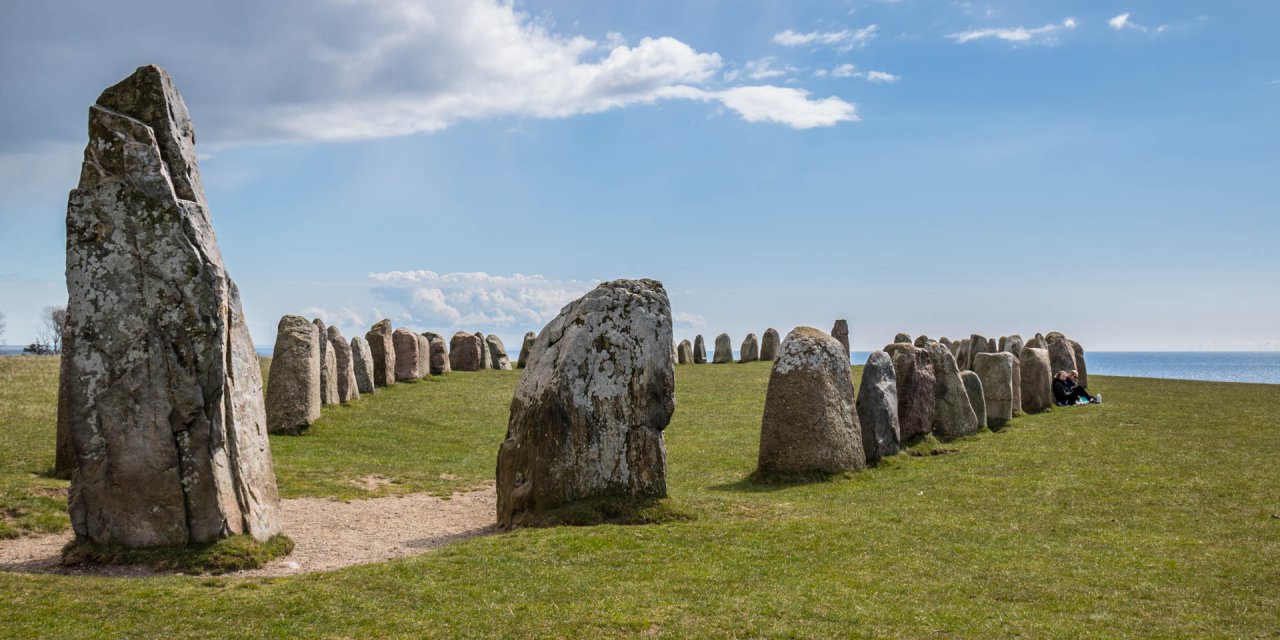 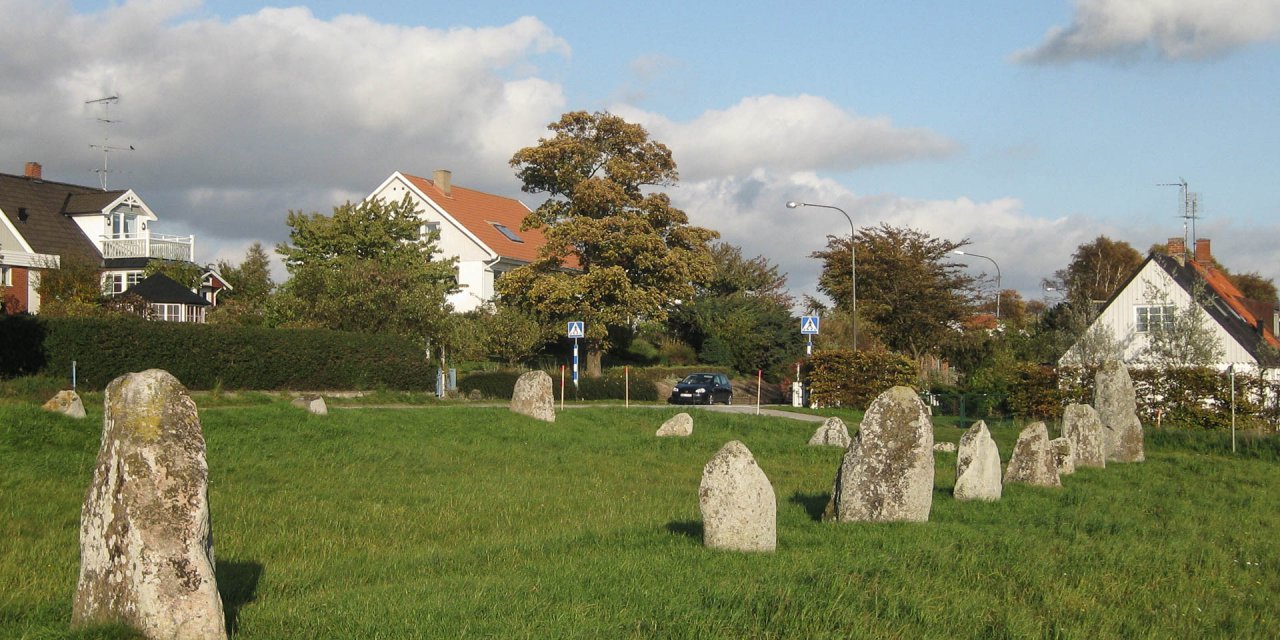