Ekebyhovs Slott is generally regarded as the largest wooden castle in Sweden and stands near the city centre of Ekerö on the island of Ekerön in the eastern part of Lake Mälaren.

Strictly speaking, the Ekebyhovs Slott, built around 1670 on behalf of the legendary field marshal Carl Gustav Wrangel (1613 - 1676), is not a castle, but a palatial manor house, which does not detract from its beauty.

The architecture of Ekebyhovs Slott

The architecture of the wooden castle follows the so-called Karolinsk style, a style that originated in Sweden during the Baroque period and was intended to harmonize with Swedish nature and climatic conditions rather than the luxuriant forms of the Italian-influenced Baroque. In larger buildings, such as the Ekebyhovs Slott, this style is most evident in the roof shape, a hipped roof with a large roof lantern.

Ekebyhovs Slott has a floor area of 40 x 13.5 meters, has no cellar, but stands on a high base of natural stone. The wooden castle was built in a log construction of massive wooden beams and covered from the outside with vertical wooden panels. The castle-like appearance of the house is mainly due to the large central porch with ornamental gable and serrated cornices as well as the attached half columns and the balustrades in front of the three large windows. The stately expression of the building front is further enhanced by the large double-sided entrance staircase.

The Inner Values of Ekebyhovs Slott

On the ground floor, the rooms, each designed in a different style from the 17th to the 20th century, reflect the history of the manor house. The first impression of the house is conveyed by the entrance hall with its massive coffered ceiling and the large open fireplace made of gold-coloured bricks as well as the furniture dating from 1898.

To the left of the entrance hall is the so-called Red Room, whose doors, ceiling and wall panels are made of red pine and were painted with Art Nouveau decors in 1898. The strongest contrast to the dominant red is offered by a white, almost room-high, round tiled stove that stands in one corner of the room.

The 18th century is represented by the Green Salon, whose walls are decorated with hand-painted wallpaper from the 18th century. The room also has a large floor-to-ceiling tiled stove, in this case rectangular and covered with painted white tiles.

The largest room on the ground floor of the castle is Wrangels Hall, the design of which dates back to the 17th century. The hall still has the original ceiling, which solely achieves its amazing 3D effect through the special grisaille painting technique. In one corner of the room there is a large sandstone fireplace decorated with elaborate stone carvings depicting scenes from Greek mythology. The fireplace has been there since the castle was built and was brought back from Prague by Field Marshal Wrangel during the 30-year war as war booty.

The park at the rear side of the castle was created in the 17th century and shows different types of garden design from different eras. The oldest part of the park consists of a formal French baroque garden with strictly symmetrical forms. In the 18th century an English park with winding paths and watercourses was added and in the 19th century the large solitary trees were planted as well as a small forest with beeches and other native trees.

As early as the 17th century, the castle had a large orchard, which at the beginning of the 20th century grew into a 60,000 plant nursery in which apple and pear trees suitable for fruit growing in central Sweden and other Nordic regions were cultivated. From the remains of the tree nursery, the apple gene bank Ekebyhov was created in 1998 with the old trees, which ensures the preservation of around 50 old apple varieties native to central Sweden.

Ekebyhovs Slott and its castle park with about 20 outbuildings has been owned by the municipality of Ekerö since 1980. The premises are used by various municipal institutions for conferences and training courses and serve, especially on weekends, various cultural associations as a venue for exhibitions and other events.

In the castle there is a public canteen, which uses the rooms on the ground floor as guest rooms and offers cheap hot meals and a salad buffet on weekdays between 11:00 and 13:00 o'clock. On weekends, the rooms serve as a café, which is organised alternately by the various associations. 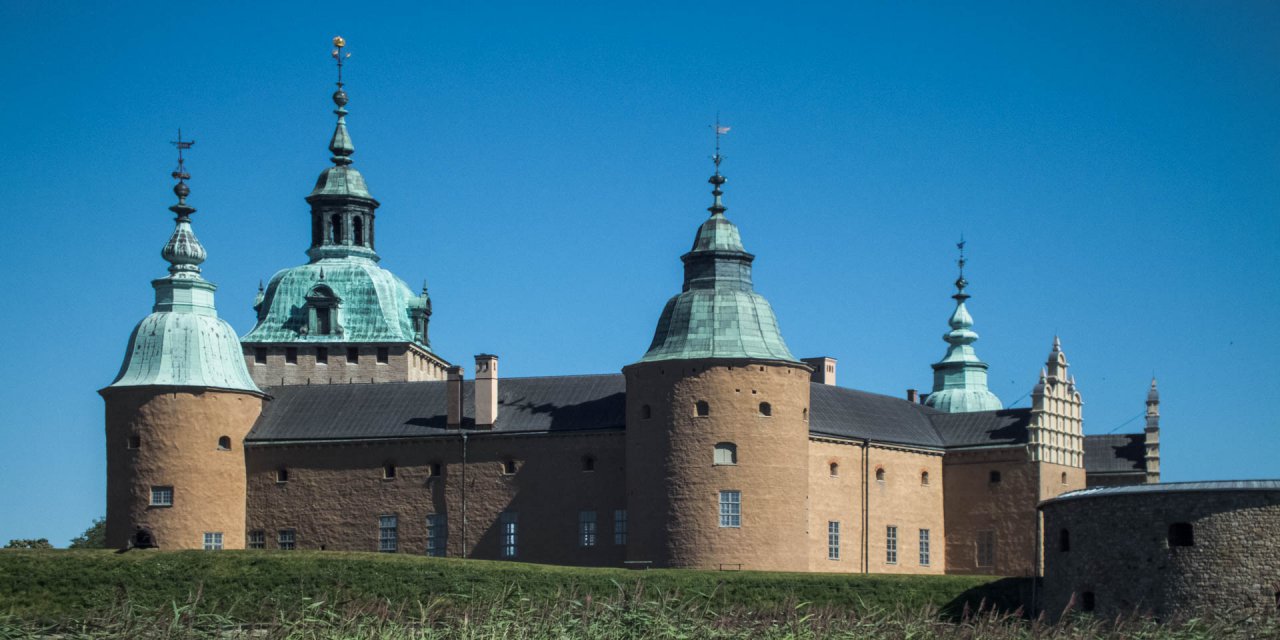 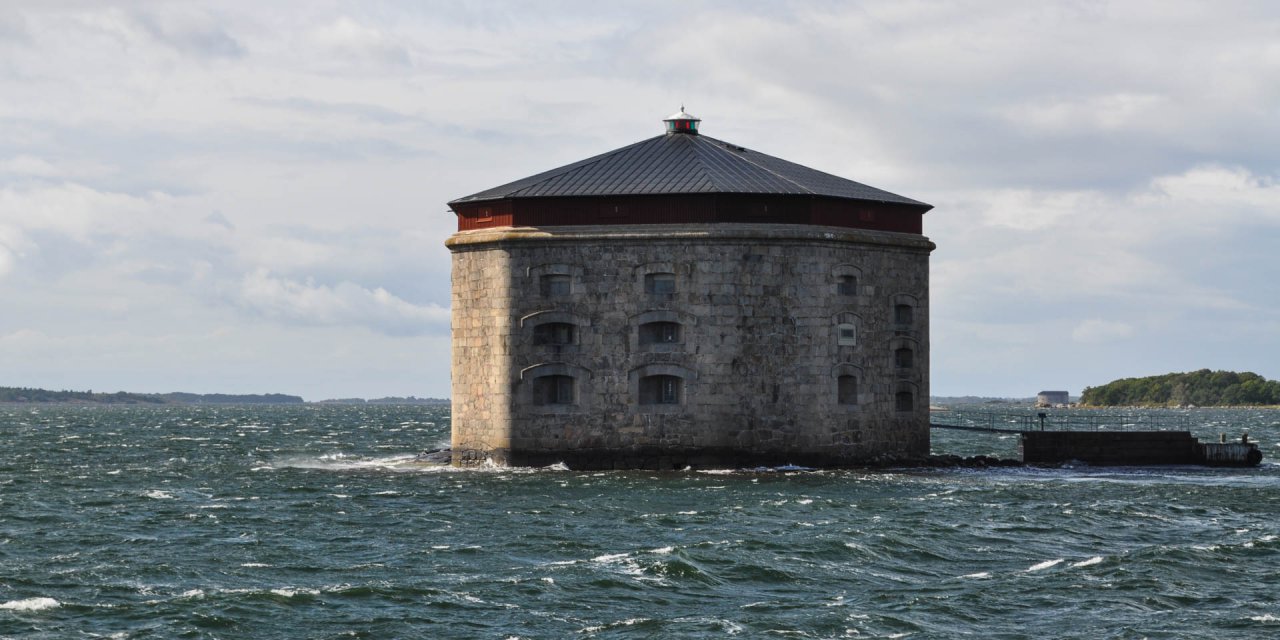 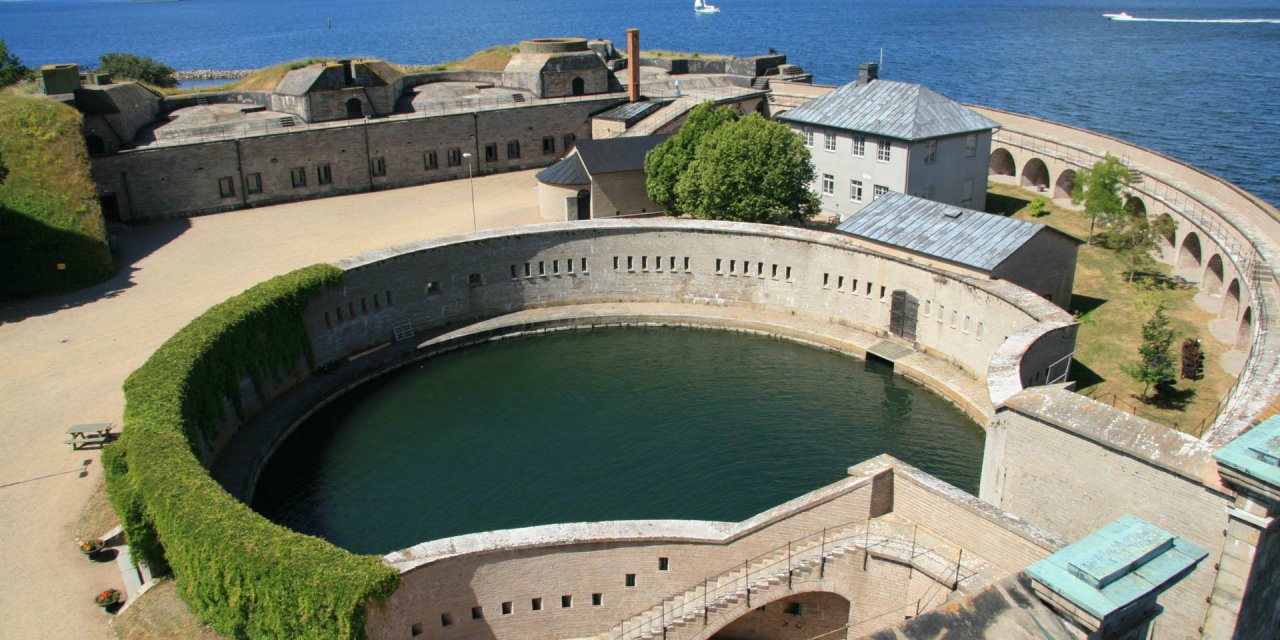 Naval fortress off the coast of Karlskrona