Vrångstads Gravfält is located near the village Bottna in the southwest of the municipality Tanums Kommun, in the immediate vicinity of the farm Vrångsstad. It is one of the largest prehistoric burial grounds in the historical province of Bohuslän.

Vrångstads Gravfält consists of about 90 different grave monuments, which extend over a slope and a hilltop in the form of tumuli, stone settings, stone circles and menhirs. In their type and in the excavation finds, the grave monuments of Vrångstad show clear parallels to Greby Gravfält, the largest grave field in the region.

The dolmen is located offside, about 500 meters southwest of the large grave field on the top of a rocky hill and has a total length of 23 meters. The actual burial chamber is formed by five erected boulders, on which a large elongated rock slab as a roof stone is placed. The chamber is surrounded by nine menhirs and is located within an eroded mound that originally covered the tomb monument completely.

But also our Nordic ancestors from the Bronze Age have left their traces in the haze of Vrångstads Gravfält. Although not in the form of gravestones, but in the form of rock carvings more than 3,000 years old, which are located about 100 metres east of the parking lot on the opposite side of the road.

The large grave field, which according to archaeological findings once covered a continuous area, is nowadays divided into two parts. Just northwest of the parking lot is the so-called lower burial ground, which consists of about 25 tumuli, two stone settings and two menhirs. Southwest of it, on an elongated ridge, there is the much larger, so-called upper burial ground.

The upper cemetery, picturesquely situated on a plateau, consists of ten menhirs and about 60 tumuli of different sizes, the largest of which has a diameter of about 16 metres. In the northern part of the upper burial ground there is also an interesting arrangement of four menhirs arranged in a row. Three of the menhirs are placed close to each other and the fourth one in a distance of some meters – according to a theory they symbolize warriors following their leader.

Another, rather unusual funerary monument lies on the southern slope of this hilltop. There are two very large stone circles with a diameter of 15 and 11 meters, which are tangentially touching each other, which is very unusual.

All parts of the large burial ground are connected by a circular path of about two kilometres, on which one can approach the millennia-old cultural history during a walk in the forest of about one hour. 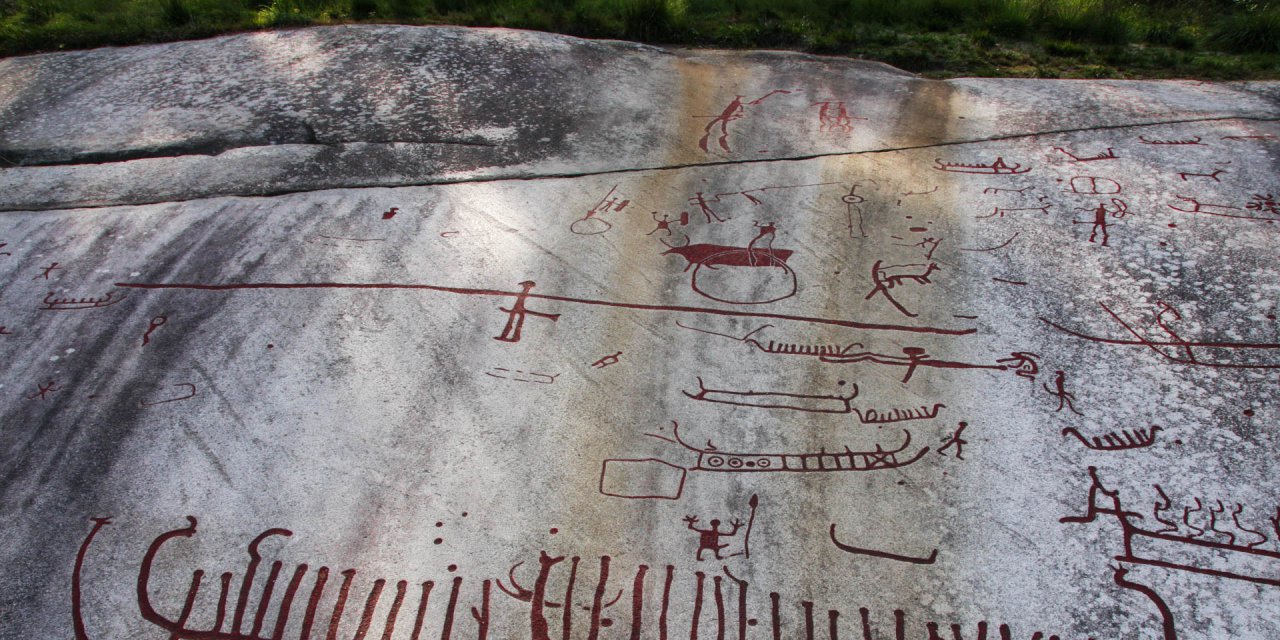 The rock carvings of Tanum 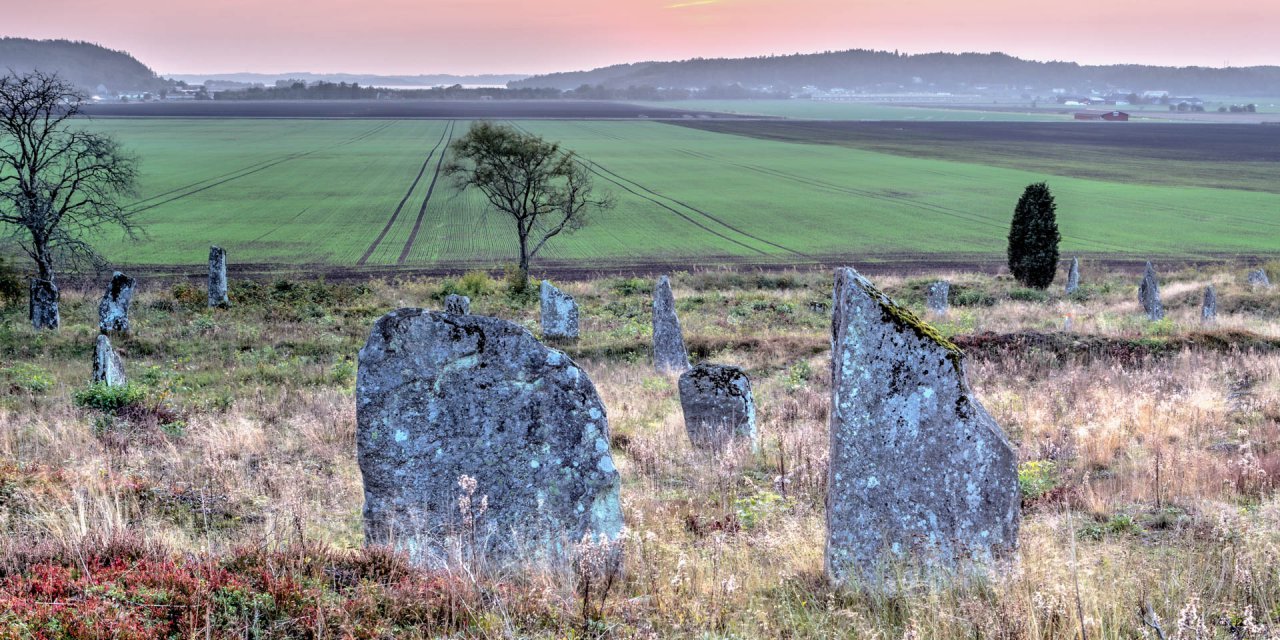