Smålands Museum is the provincial museum of the county Kronobergs Län. It is located in the same building complex as the Swedish Glass Museum in the center of Växjö.

Smålands Museum is the oldest provincial museum in Sweden. Collecting valuable exhibits for the museum began in 1794, but it was not until 1885 that the museum got its own building in Växjö.

The permanent exhibitions of the museum, accompanied by changing exhibitions, show a broad cross-section of the cultural history of Småland. Beginning with the Neolithic settlement after the end of the Ice Age about 10,000 years ago over the Viking Age and the Middle Ages up to modern times. A plethora of exciting objects telling the story of the people and the development of the region.

Typical historical buildings of the region can be found on the museum's exterior grounds. In addition to a small windmill, a water mill and other old rural wooden buildings, there is also a so-called Högluftstuga – one of the rural dwellings, which used to be typical for the region, consisting of a higher part with loft and a single-storey living area.

In the 1930s, the museum began to build a collection about the history of glass making in Sweden. The collection has become so large over the years that extensive renovations and additions have been necessary and the museum was renamed in Smålands Museum & Sveriges Glasmuseum in 1996.

The Glass Museum is the largest of its kind in Sweden and one of the largest glass museums in Europe. It has about 35,000 glass exhibits from around 1580 to 2011, produced in a total of 105 different glassworks in Sweden. This is followed by another collection of about 1,000 exhibits from 35 different countries, as well as an extensive collection of historical tools for the production and processing of glass.

The archive of the museum has thousands of photographs of glassworks, as well as a very comprehensive collection of old records about glass production, like price lists and other documents. Due to the large collection and the concentrated expertise in the history of glass making, the glass museum has become an institution.

The shop of Smålands Museum & Sveriges Glasmuseum offers a wide and diverse range of books, toys, jewelery, ceramics and, of course, glass. The products usually have a connection with the region or exhibition themes. A café is situated in the nearby emigration museum. 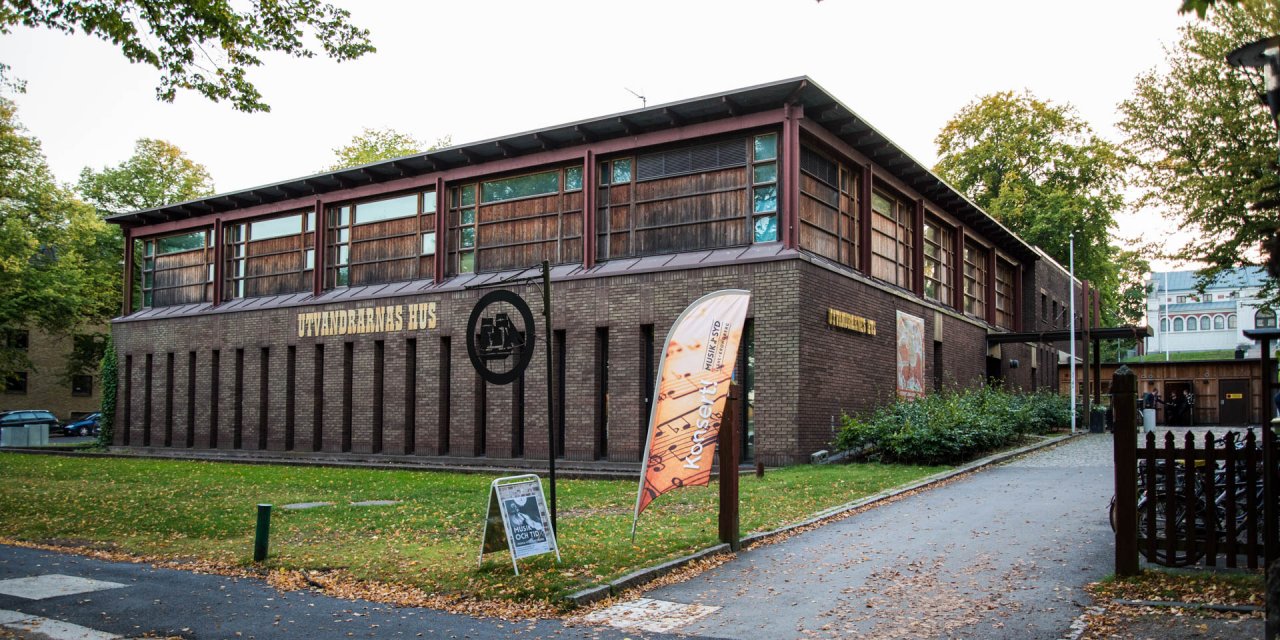